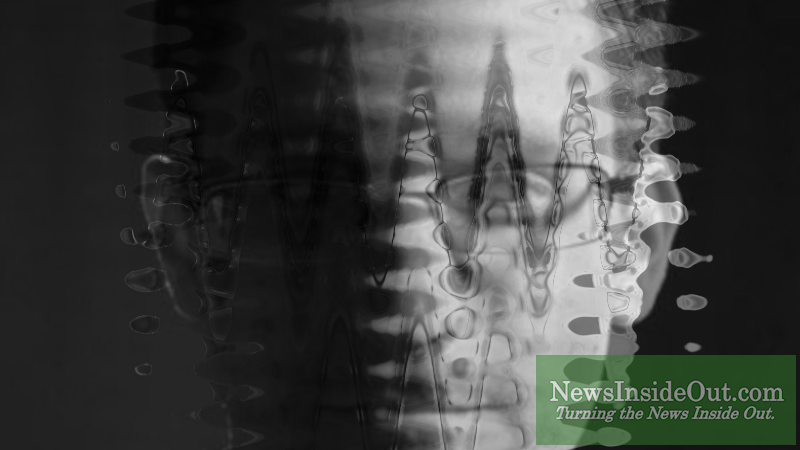 Vancouver, BC – In a stunning development published on February 24, 2014, the Intercept released three UFO images as part of a 50-slide PowerPoint presentation from what it described as the Edward Snowden archives of secret files allegedly stolen from the NSA. Publication of “The Art of Deception: Training for a New Generation of Online Covert Operations” offered independent third-party evidence linking the self-styled surveillance program whistleblower to UFOs in support of claims that first appeared in an internationally syndicated news article released over seven months earlier.

Slides 35 to 37 of the “Art of Deception” document displayed photographs and video still frames of flying saucer-like objects under a section titled “Influence and Information Operations.” While there was no descriptive text accompanying these images (other than time/date stamps and copyright marks), the Intercept’s Glenn Greenwald offered context for their appearance, stating that the release of these documents revealed how “agencies are attempting to control, infiltrate, manipulate, and warp online discourse, and in doing so, are compromising the integrity of the internet itself.”

In such remarks, was the former Guardian columnist be inferring the existence of intelligence operations targeting public UFO research and activist contactee videographers?

In the first of a series of highly-controversial reports dated June 10, 2013, the Vancouver UFO Examiner presented audio evidence linking Edward Snowden’s Hong Kong interview for the British Guardian newspaper describing how a secret message encrypted backwards in his speech represented an involuntary disclosure of his concerns about UFO and ET contact-related issues.

A partial transcript of his statements to the Guardian revealed the location within Edward Snowden’s conscious statements where the involuntary disclosure occurred:

Those UFOs: “The only thing that restricts the activities of the surveillance state are policy. Even our agreements with other sovereign governments; we consider that to be a stipulation of policy rather than a stipulation of law. And because of that, a new leader will be elected, they’ll flip the switch, say that “Because of the crisis, because of the dangers that we face in the world”, you know, some new and unpredicted threat [emphasis added], “We need more authority, we need more power.” And there will be nothing the people can do at that point to oppose it. And it will be turn-key tyranny.”

Click here to watch “Edward Snowden’s Secret NSA Surveillance UFO Message” published on June 10, 2013, to YouTube’s SecretMessageTV: “The secret that Edward Snowden dared not tell in his confessional video interview to the UK Guardian relates how the formerly top secret PRISM surveillance program is being used to mine online UFO and ET contact-related data in an attempt to build a false flag ET invasion case as a pretext to space wars and their understandably disastrous consequences.“

Active censorship by the British Guardian newspaper was evident prior to a July 17, 2013, live online question and answer session with Edward Snowden when this reporter posted a question pertaining to Google-syndicated news of Edward Snowden’s unconscious UFO disclosure. That question was not simply ignored but was subsequently removed from the Guardian website in an act of prior restraint.

Further acts of censorship occurred on social network Facebook following the publication of a second article in this series of exposés, titled “Edward Snowden’s psychic human ETs revealed” on January 28, 2014.

As if following the “Art of Deception” playbook for online operatives, numerous Facebook group administrators and group members (including those from World UFO Group, In the Field – Observers Actively in the Field and ET Disclosure, Canada International) attacked the person reporting and/or removed the posting of the second article in this series from their groups while rabidly and dogmatically citing defamatory terms such as “disinformation” and “cointelpro.”

This reporter was subsequently banished from both World UFO Group and ET Disclosure, Canada International for challenging the censoring administrators to substantiate their claims. With @14,000 members, Facebook’s World UFO Group advertises itself to the public as a haven from spying, blocking, deleting and censorship. A request for comment via Facebook to World UFO Group lead organizer Allen Benz dated February 1, 2014, cited “acts of censorship and banishment in the name of a group that advertises values such as open mindedness and a love for truth.”

Over three weeks later, that request remained ignored. The publication of “The Art of Deception: Training for a New Generation of Online Covert Operations” via the Intercept offered what can only be described as further substantiation of the initial claims describing Edward Snowden’s links to UFO information, faithfully reported over seven months earlier in the Vancouver UFO Examiner for Examiner.com. This exclusive information is hereby reproduced for NewsInsideOut.com readers after Examiner.com struck the entire UFO column from the public record in November, 2014, by an act of censorship and blacklisting of Truth journalism.

[This article originally appeared in the Vancouver UFO Examiner for February 26, 2014, and was syndicated to the Wall Street Journal Edward Snowden page via Bing (see image below).] 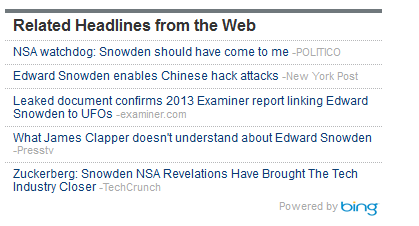 Jon Kelly’s coverage of Edward Snowden’s UFOs was syndicated to the Wall Street Journal via Bing.