NOTE: The normal Skype recording was intentionally interfered with by an outside agency. This is a backup recording and we urge viewer patience. You are witnessing an international information war around the activities of pedophile and ritual child sacrifice networks.

VANCOUVER, BC – In a ground-breaking NewsInsideOut.com interview Ella Draper, mother of the two whistleblower children Alisa and Gabriel, and her partner Abraham Christie, set out a precise chain of evidence that leads directly from the pedophile and ritual child sacrifice networks to the over-lapping money laundering networks in Hampstead UK that in turn lead directly to two brothers – lawyer Alex Cameron QC and David Cameron UK Prime Minister and their Big Society Fund and other fund outlets. 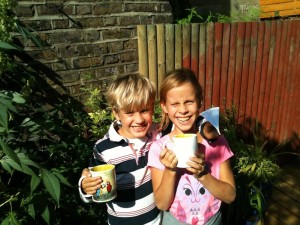 Abraham Christie stated, “Early on we proposed a simple settlement, which was to return the children to their mother, as the law requires. As we predicted, this case has escalated with national and international security issues, as Russian Internet media is now widely disseminating the facts of this case.”

This wide-ranging interview leads up to two hearings: July 15 & July 23, 2015 Court hearings on a Motion for Leave to Appeal an earlier Judgment by Mrs. Justice Pauffley. Ella and Abraham seek to

During the interview, Abraham and Ella also share some of the background research that their have gathered on the origins of the recent pedophile movements and their infiltration into Social Services, including the role of the Tavistock Institute,  in these developments. They shared this segment on the Pedophile Information Exchange (PIE) from a documentary on Westminster Child Abuse

“We already know the trail (historic child abuse) will lead into our schools and hospitals, our churches, our youth clubs and many other institutions that should have been places of safety but instead became the setting for the most appalling abuse. However, what the country doesn’t yet appreciate is the true scale of that abuse….. how abuse is woven, covertly, into the fabric of our society.

The Appellant understands that such a referral was not made and no reason is detailed in any of the documents the Appellant has. This omission is consistent with the assertion that no effective investigation was carried out and normal police procedures were not followed or adhered to.

Arrests and lines of enquiries

Caution plus 3 Interview of Mr Dearman on 15th September 2015.

Dr Hodes evidence available during the Caution Plus 3 Interview

IO “Are you sure? It’s ok If it hasn’t happened it’s ok as long as we talk about it now.”

This, the Appellant submits, is indirect intimidation for Q to retract his allegation otherwise it won’t be ok. The Court should bare in mind that P and Q made it very clear in their previous interviews and the short video clips that they feared for their life if they continued with their allegations.

On Monday 20th April 2015 Mr Dearman gave an interview to Victoria Derbyshire of the BBC. Mr Dearman states:“it was 2014, um, September. And um ,I can’t remember how, But I I I found out that the police were looking for me. It might have been social services got in touch with me and and and said that you need to go to the police station…”

GROUND 3 OF THE AMENDED GROUNDS

Therefore, the Appellant submits for the above reasons that she feared for her life and safety of her health and sanity and was prevented from participating in the proceedings in breach of her rights under article 6 of ECHR.

“It has made little difference that Ms Draper has been absent. I have been actively assisted in my investigative role by Ms Markham, Counsel for the local authority, and Mr Ageros who represents the guardian. Each has asked questions designed to explore those matters which, in all probability, the mother would have raised. Close attention has been given to the claims she’d made in her written material so as to ensure her case was put to all relevant witnesses”

GROUND 4 OF THE AMENDED GROUNDS