VANCOUVER, BC – In this interview with NewsInsideOut.com’s Alfred Lambremont Webre, author and hermeneuticist Peter Kling discusses issues relating to Artificial Intelligence arising over the coming Jubilee year through 2017.

These informal notes prior to the interview give a concept of what is discussed on the Panel.

PETER KLING: “Alfred, Hi! The events over the last 60 days especially the last 30, has my brain working overtime looking for other answers than “Archonic Attack”, these same life forms may also be posing as “Alien Grays”.

“Your postings on “AI” and the situation which currently appears to be carried out at this time using people and projects like Blue Avian and Blue Beam along with Jade Helm 15, which I have not seen a posting on in over a week, beside something you had posted. 30 days ago there were too many Jade Helm postings to count, where did they all go? What meme is being posted by those who believe they are awake? We are back to cops killing blacks, and politics. This leads me to believe that most of the awake are “awake sheeple” and do not understand their personal power at the soul level. Most are looking to ascend and that the [AI] Galactic Federation of BS and Lies are here to help us.

“The next part of this maybe answered by understanding what is causing the Schumann Resonance to spike well out of its 7.8 Hz normal “Theta State” and making it spike up to 64 Hz into “Gama”? As far as I know only dolphins think in Gamma, it requires both hemispheres to operate at the same time, in humans this is not sustainable and as far as I know can only happen at time of extreme duress. The Beta Fight or Flight response vibrates from 13 to 35 Hz, Gama is above 35 Hz.

“This has me all wondering if “AI” may actually be “Alien or Archon Intent” to mind control the masses into beyond reactionary thinking to the point Jesus said they would become “faint out of fear” which is exactly what the state of Gama would do to the brain, cause it to overload and shut it down. Should we be ready for a False Flag Alien occupation and the coming of a false Messiah and “King of Earth”, or King of the World, as foretold in the Protocols? I believe we should be watching for major change to come at the end of the Jubilee. The Jewish Jubilee ends October 2sd 2016 and the Pope’s Jubilee ends on November 20th 2016. I would say the “Party” is going to start 2017. For a very interesting year in history visit 1917 the year after the Jubilee.

“One thing, why with all those who channel for different ETs and Federations and get information from their “Guides”, is there never ever a word that connects to anything in the Scriptures? But there are connections to Anunnaki teachings.”

“”Go Fund Me”. I intend to give a free PDF of my book LETTERS TO EARTH: YOU CAN SURVIVE ARMAGEDDON to everyone who makes a donation. With all the listeners we have and those who maybe willing to get behind this, we may be able to give my grandson a nice birthday present, a new home. The Sheriff’s Sale is a week after my grandson’s birthday.”
In Light! 😉
Peter

Here is the Go Fund Me link to make a Contribute to a family home for Peter’s son. In return you will receive a PDF copy of Peter’s book LETTERS TO EARTH. YOU CAN SURVIVE ARMAGEDDON. [Unlawful actions by authorities have prevented Peter and his family from assuming their intended family home off-grid in Maine in September 2015 as planned.]

Letters to Earth by Peter Kling 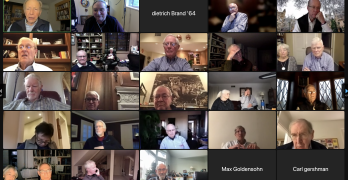