LISTEN TO INTERVIEW ON YOU TUBE

VANCOUVER, BC – NewsInsideOut.com has now released a commercial-free version of the November 29, 2015 Coast to Coast AM interview with Alfred Lambremont Webre, author of the new book THE OMNIVERSE, and host Jimmy Church. In the course of the interview, Alfred endorsed former U.S. chrononaut and Mars explorer Andrew D. Basiago for U.S. President, resulting in Alfred’s being banned from posting in groups at Facebook with a reach of 200,000 – 500,000 members.

In the aftermath of these events that violate Alfred’s First Amendment constitutional rights and Facebook’s duties as an information common carrier with a membership of over 1 billion persons, Alfred shared a progress report from Andy2016.com:

“This is a progress report from the US Presidential campaign of my colleague former US chrononaut Andrew D. Basiago whose time travel, teleportation and Mars experiences are documented in chapter 3 of my new book THE OMNIVERSE.

“Andy has indicated he will appoint me US Ambassador to the United Nations when he wins the Presidency in order to negotiate and sign the Mars Treaty with the human civilization on Mars.

“DARPA and CIA officials have told Andy he has been pre-identified as a future US President.

“I urge you to withhold your vote from the Republican and Democratic parties in 2016 and to write in Andrew D Basiago as US President!

A Progress Report to the Friends of Andy – Andrew D. Basiago 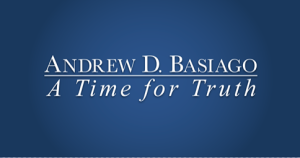 The Omniverse: Transdimensional Intelligence, Time Travel, the Afterlife, and the Secret Colony on Mars 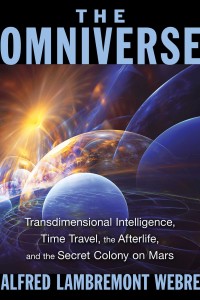 The Omniverse: Transdimensional Intelligence, Time Travel, the Afterlife, and the Secret Colony on Mars Paperback
by Alfred Lambremont Webre (Author)