VANCOUVER, BC – Alex Hunter is a Vancouver activist known as “Captain Chemtrail” because of his command of the full range of the covert technology of chemtrails to terraform Earth and humanity into a remote controlled species commanded by a Controller Matrix and in turn by AI Artificial Intelligence.

In this exclusive May Day [May 1, 2016] interview with NewsInsideOut.com’s Alfred Lambremont Webre, Alex Hunter issues a planetary emergency “MayDay” call and launches a new community-based and globally aware program to halt chemtrails and in the process save help Earth and humanity from DNA extinction to an AI Artificial Intelligence DNA-based, Soul-less species.

Among the topics Alex Hunter covers in this interview showing that Chemtrails play a vital role in technetronic, genetic, AI Artificial Intelligence, and planetary terraforming warfare in that Chemtrails:

MayDay! Adopt & Enforce the Model Statute to save the Earth and Humanity at the Local, Municipal, State, Provincial, National, Federal, Regional, & International level.

In discussing solutions during the interview, Alex Hunter and Host Alfred Lambremont Webre discuss how the US Department of Defense intervened after Oct. 2001 to force the evisceration of HR 2977, introduced by former Rep Dennis Kucinich (D-OH) and designed to ban chemtrails and all new physics principles DEW weaponry of Transhumanist Agenda and AI Artificial Intelligence.

Adoption and enforcement of this Model Statute throughout the world can stop the chemtrails, the Transhumanist Agenda and pathogenic AI Artificial Intelligence.

One insight that emerged as well is that Chemtrails are an attempt to prevent planetary holographic teleportation from a time space duality consciousness “I win-You lose” 3rd density to a Unity Consciousness Love-based 4/5th density that is beginning with the initiation of a new 25,800 year “Great Year” or “Yuga”. Estimates for the beginning of these new cycles ranges from December 21, 2012 to 2025 and beyond. Expose Chemtrails and Chemtrails will fail. Density Ascension is underway and inevitable.

Adopt & Enforce the Model Statute to save the Earth and Humanity at the Local, Municipal, State, Provincial, National, Federal, Regional, & International level. 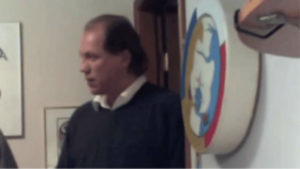