You are here: Home / 2016 Elections / BASIAGO SELECTS A FEMALE RUNNING MATE FOR 2016 US PRESIDENTIAL TICKET 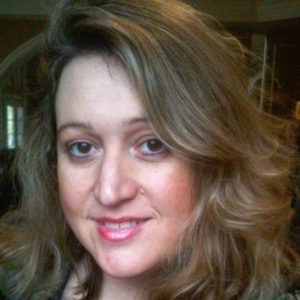 Kinnison, 48, is a professional communications expert and mother of four young children. She was born in Houston, Texas on December 1, 1967 and grew up in Kentucky. As a high school student, she met President Ronald Reagan and Vice President George H.W. Bush at a White House Rose Garden reception. A poet and author, she holds a B.A. in English (summa cum laude) from Vassar College and a Master of Fine Arts from the famed Writer’s Workshop at the University of Iowa, where she taught writing at age 21. Today, she is President of Kinnison Communications, which provides executive messaging and leadership communications consulting to Fortune 500 companies. Kinnison is completing certification in Stanford University’s program in Advanced Project Management. She joined Andy 2016! in 2014 as Basiago’s chief speechwriter and quickly gained the respect of the candidate, who appointed her his chief-of-staff in 2015.

Basiago made his announcement on Daniel Ott’s talk radio show The Edge, which has a website that averages more than 3.5 million hits per month and has more than 6,000 other websites linked to it. The Edge has a YouTube channel, a podcast, and streams 24/7 on TuneIn Radio. Here is a summary of comments made by Basiago on The Edge about his selection of Kinnison as his Vice Presidential running mate.

Q: Who will be your Vice Presidential running mate?

A: I have asked my chief-of-staff, Karen Dell Kinnison, of Kentucky, to be my VP running mate because as my chief-of-staff on this campaign Karen has consistently demonstrated a love of country, high character as an individual, and high intelligence. She has repeatedly given me phenomenal, morally centered political and strategic advice and been the bulwark of my campaign. She also, I must acknowledge, pulled “a Cheney” when she came to me and said, “Why don’t you select me for your VP?” She’s a wonderful person who has provided me the best possible colleagueship and guidance as a Presidential candidate and as a human being. I think she would make a truly great Vice President — and President — of this country in the event that I should leave the Presidency.

Q: Why did you select a female running mate?

A: I pledged early in my campaign to select a woman to run with me, not out of tokenism, but because I believe in the self-evident truth of the Native American proverb that women hold up half the sky. I wanted to run with a woman not just symbolically, and not just to compete with a Hillary — and now Tim Kaine — ticket, but because I think that when we have more women in government, we’re going to have more humane government. I might add that I don’t necessarily see women as an antidote to war, because if one evaluates the first four female heads-of-state in modern times, Golda Meir, Indira Gandhi, Margaret Thatcher and Corazon Aquino, only one of them, Aquino, avoided going to war during her term as the leader of her country. The other three brought their countries to war. But I do believe that we are being harmed as a civilization by a male bias in government. We’ve eliminated gender bias in such fields as the law, medicine, academia, and even the astronaut program. It’s time that we did so in government. I grew up in a family in which my sisters were expected to be just as accomplished as my brothers and I, and I think women have just as much to offer as men in government. We can only do that by electing more women to office. So, that was at the heart of my very early decision to select a woman to run with me and, as fate would have it, I selected Karen Kinnison.

In an official statement, Kinnison said:

“It is a great honor – and I am very humbled by the opportunity – to be selected as the Vice Presidential running mate of such an auspicious Presidential candidate as Andrew D. Basiago: a Cambridge-educated lawyer, prominent Truth Movement leader, and one of the most brilliant political thinkers of our time. In direct alignment with Andy’s 100 Proposals, I am ready to meet our country’s challenges and opportunities of the 21st century, and work to foster a more peaceful, progressive, and prosperous America for ourselves and our children.”

NewsInsideOut.com reporter Alfred Lambremont Webre stated, “Karen Kinnison is an Excellent decision for Vice President for the New Era! [I must admit I had guessed as much a few weeks ago and thought Andy’s choice of Karen Kinnison to be a correct and forward looking one.] We support your platform and ticket and look forward to your joint and separate appearances getting people to know more about Andy, Karen and the 100 Proposals!”

Currently, Basiago is seeking to qualify as a write-in candidate in 39 states. His platform, 100 Proposals: A New Agenda for a New America, has been hailed by political pundits as “awesome,” “brilliant,” “unrivaled,” “genius-in-print,” and “a life experience to read.”

BASIAGO SELECTS A FEMALE RUNNING MATE FOR 2016 US PRESIDENTIAL TICKET
Cites belief in Native American proverb “women hold up half the sky”
https://newsinsideout.com/2016/08/basiago-selects-female-running-mate-2016-us-presidential-ticket/