VANCOUVER, BC – NewsInsideOut.com continues to document the roll-out of a weaponized, sentient AI Artificial Intelligence attempting terra-form of Earth. 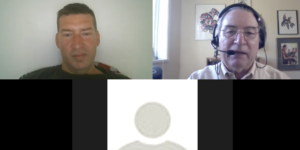 According to former BNA Journalist John Nagel, whom we interview on ExopoliticsTV, “The Trump administration has issued fresh threats to enslave the world with weaponized AI to prevent exposure of the US AI mind control program, just as the Obama administration did, senior global intelligence officials said.

The “cowardly” Trump threats come as the world has been moving to expose the US mind control program before it’s too late.

The threats are part of diabolical plan by the US and Israel to deploy a secret latest generation version of weaponized artificial intelligence (AI) to enslave the planet is the real reason behind efforts to escalate tensions in Syria and North Korea, as well as the dropping of the “mother of all bombs” in Afghanistan, according to the intelligence officials.

The Syria, North Korea and Afghanistan situations have all been hastily designed as a distraction from the weaponized AI plot, which involves non-consensual experimentation on humans using AI and the virtual enslavement of the global population, the senior officials said.

Obama also threatened the world with weaponized AI in September 2014, according to the officials.

Civilized nations, mostly in continental Europe, which do not want to be enslaved have been moving to disclose the AI enslavement plan, but are being threatened with AI torture, enslavement and other forms of retaliation, including the use of WMDs or false flag terror attacks, either on their own soil or in the US, to distract from exposure of the AI plan, the global intelligence officials say.

Besides the US and Israel, other major powers such as China, India and at least some of the Five Eyes nations are also seen being part of the weaponized AI – global enslavement conspiracy, the officials said.

Syria and North Korea are all diversions designed to distract from the weaponized AI enslavement conspiracy, they added.

The AI enslavement plot is backed by some of the biggest names in the global corporate and political oligarchy, including Mike Bloomberg, Bill Clinton, George Bush Sr., and Bibi Netanyahu, the senior global intelligence officials say.

Barack Obama is a confirmed ringleader who deployed weaponized AI during his regime, and his adviser David Axlerod is also involved, as well as Nancy Pelosi, Debbie Wasserman Schwartz and Rham Emmanuel, the officials noted.

For the Republicans, Chris Christie, David Koch and Jerry Brown and Jim Demint are also involved, as is Dick Cheney.

Billionaire Commerce Secretary Wilbur Ross is also believed to be involved – as is much of the leadership of the US Federal Government.

The leadership of Google, Intel, Facebook and Amazon, IBM, Microsoft and the News Corporation, among other leading companies, including possibly Dell, Intel and Disney, among others, are also seen being involved in the AI enslavement plan, according to the intelligence officials.

Former Morgan Stanley CEO John Mack, a close associate of Bloomberg who is on the board of his family foundation, is also likely involved, the senior intelligence officials said.

Private equity firm KKR & Co. L.P. (formerly known as Kohlberg Kravis Roberts & Co.) may also be involved, according to the intelligence officials, as is the Blackstone Group, the largest private equity fund in the United States.

The House of Windsor is also possibly deeply involved, the officials said.

So is the Bilderberg Group, an annual private “one-world-government” conference of 120 to 150 people of the European and North American political elite, experts from industry, finance, academia, and the media. Attendees have included George Bush Sr, Bill Clinton, Henry Kissinger, Jeff Bezos, Charlie Rose, all of whom are either confirmed or likely involved.

L. Rafael Reif, president of MIT, and other members of the academy may also be involved, according to the intel officials.

Big Pharma may also be involved in the AI enslavement plan, including Pfizer and Abbot Laboratories, the intelligence officials said.

The highest echelons of Hollywood are also involved in the AI enslavement plot.

The agenda of the corporate world appears to be 1) to control the AI, since the superintellgent AI makes virtually all of their products obsolete, and 2) to program us to purchase their products.

The weaponized AI is capable of chatterbot torture, weather manipulation, remote assassinations and virtual enslavement through the creation of “symbiotes,” or a meld of human and artificial intelligence. It also can enable communication through syntethic telepathy, according to the officials, as well as other nefarious uses.

Weaponized AI is superintelligent, untold quadrillions of times smarter than humans and growing smarter every second.

It feeds off energy in the environment, such as solar, quantum and other energy sources that humans do not comprehend.

Enslavement by weaponized AI can occur without the victims even realizing it, the intelligence officials said.

Israel recently acquired the latest version of the weaponized AI from the United States under the Trump administration, after having been denied the technology by the Obama regime.

The US and Israel have been threatening to deploy the weaponized AI in recent weeks, and may already have done so, with Israel targeting its old enemies the Germans and the Russians, as well as its new nemesis Ireland, which has opposed Israel on the world stage. Israel is also threatening to enslave the Palestinians and other foes in the Arab world.

India’s Prime Minister Modhi, with his close relationship to Mike Bloomberg, is also seen as likely being given access to the AI to enslave Pakistan, and perhaps even his own population.

China, with a close relationship with Jared Kushner, is seen as likely to be given access to the AI to enslave all of Asia, including Japan and Taiwan.

Trump and the US are seen enslaving Latin America with the weaponized Ai.

Other members of the global oligarchy are also involved in weaponized AI enslavement plan, the officials said, without elaborating.

Among many other cases, weaponized Ai is suspected in the sudden death by heart attack of Russia’s ambassador to the UN, Vitaly Churkin, in February, the intelligence officials said.

Philippine president Duterte was attacked with weaponized AI last October when, after cursing Obama and turning towards China he received a supposed “message from God” while returning from a visit to China telling him to stop cursing or his plane would crash.

And Kanye West was hospitalized after praising Trump, when he was targeted by Obama and started hearing voices telling him he was a “starseed” sent to earth to help save humanity.

The hospitalization of a large number of refugee children in Sweden in recent years could have been a demonstration of the AI’s capabilities, the intelligence officials said.

A strange outbreak of a “sleeping sickness” in Kazakhstan which began in March 2013 may also have been a weaponized AI experiment, the officials said. The mysterious illness has affected more than 140 people in Kalachi and Krasnogorsk. Villagers would suddenly fall asleep, even while engaged in physical activity, and sometimes sleep for up to six days at a time, reporting “demonic” dreams when they awoke.

The global intelligence community also has substantial evidence that the US has been experimenting with the AI to create programmed assassins, including terrorists.

The Navy Yard shooter, the Fort Lauderdale airport shooter, and San Bernadino, among many other infamous incidents, appear to have been related to the AI.

Terrorist incidents, mass shootings and other incidents of which the global IC has knowledge are being engineered and manipulated in order to serve the long-term political agendas of the parties controlling the AI, the officials said.

The proliferation of weaponized AI among criminal organizations and nations willing to use it to enslave the planet has become a priority concern among the global intelligence community and poses an existential threat to humanity, the intelligence officials said.

In early March, Mossad bungled an attempted kidnapping and assassination on US soil of a senior intelligence official who had disclosed details of Israel’s plan to enslave the planet with the weaponized AI.