You are here: Home / Alfred Lambremont Webre / On May 24, 2017, the “Day Christ Consciousness begins to land on Earth”, Author reveals 1973 ET Encounter & Briefing Aboard UFO that led to 1977 Carter White House ET Study

On May 24, 2017, the “Day Christ Consciousness begins to land on Earth”, Author reveals 1973 ET Encounter & Briefing Aboard UFO that led to 1977 Carter White House ET Study

May 24, 2017 is a date termed the 64th Day of the Ninth Wave of the Mayan Calendar, and functionally a “day Christ Consciousness (‘We are One’) begins to land on Earth.”[1]

On May 24, 2017, coincidentally his birthday, former Stanford Research Institute (SRI) futurist Alfred Lambremont Webre, JD, MEd, director of the 1977 Jimmy Carter White House Extraterrestrial Communication Study, reveals that a briefing he had in 1973 aboard a UFO spaceship led to the creation of the 1977 Carter White House ET Study.

In an exclusive Open Timelines interview MY JOURNEY LANDING HEAVEN ON EARTH Author Alfred Lambremont Webre JD, MEd, a former Stanford Research Institute (SRI) futurist who is credited with founding the science of Exopolitics (Relations with ETs), reveals that Extraterrestrials may have coordinated a 1973 “missing time” briefing aboard their UFO spaceship that led directly to the 1977 Jimmy Carter White House Extraterrestrial Communication Study of which Author Webre was director.

This is a second Exopolitical revelation Author Webre has made about his Close Encounters with the Extraterrestrials. In his book, Webre reveals that in 1973 Extraterrestrials launched him into his new Exopolitical field of study with a February 1973 multidimensional ET contact experience.

Jimmy Carter, the 1976 Campaign, the JFK Assassination Investigation & the Extraterrestrials

In 1969, these same Extraterrestrials coordinated a UFO Close encounter with Jimmy Carter and 10 members of the Leary, Georgia Lions Club. Then in 1973, while Jimmy Carter was running for Governor of Georgia, Carter went on to publish an official UFO Sighting report of his 1969 UFO-ET encounter.

Author Webre, with help from UFO expert Jon Kelly, shows how Jimmy Carter exhibits all of the telltale signs of both a UFO Contactee and ET Abductee, most probably from when Jimmy Carter and Author Webre were teleported onto the ET spacecraft together for their 1973 briefing.

“Jimmy Carter’s 1973 public UFO Contactee Report was a setup,” Author Webre says, “for the 1977 Carter White House Extraterrestrial Communication Study, congruent with the ETs joint 1973 briefing of myself and Jimmy Carter aboard a UFO.”

During his 1976 Presidential campaign, Carter’s opponent was Gerald R. Ford, a former Warren Commission member responsible for promoting the deceptive “single bullet” meme in the JFK assassination as well as calling former Secretary of Defense Robert S. McNamara as a Congressional witness to attribute the 1966 Michigan UFO Flap to “swamp gas”, a disinformation ploy, as reported by Author Webre, a consultant to Representative Henry B. Gonzalez, Chairman of the House Select Committee on Assassinations, in his book, My Journey Landing Heaven on Earth [Locations 4150; 4183].

One little known fact is that Jimmy Carter is reportedly former US President John F. Kennedy’s half-brother. Lillian Carter, his mother, was secretary to Joe Kennedy in the 1920s and becoming pregnant by Joe Kennedy had resettled in Georgia to have the baby, who was JFK’s half-brother Jimmy Carter, as reported by Chicago-based journalist Sherman Skolnik and PR Web’s journalist contact Jeff Rense.

During the 1976 Presidential Transition period, Jimmy Carter sent a prominent Atlanta attorney as a personal emissary to meet with Author Webre at the Carlyle Hotel in New York City because of Author Webre’s role in helping Rep. Henry B. Gonzalez (D-TX) get the newly established HSCA Congressional investigation on the JFK assassination underway. Their New York meeting led to a December 1976 Capitol Hill dinner with Carter’s Inner Circle that Author Webre attended and at which the concept of the 1977 Jimmy Carter White House Extraterrestrial Communication Study was put into practical motion.

Author Webre’s book reveals a positive Presidential interaction with advanced ethical Extraterrestrial civilizations and contains proposals for creating a positive future for Earth and humanity in the face of an attempted Transhumanist terraforming of Earth. 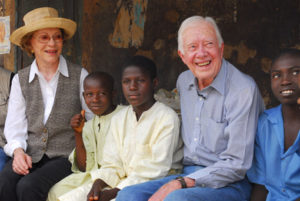 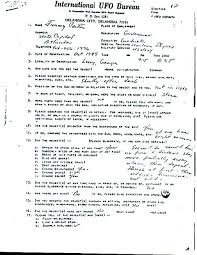 Former Stanford Research Institute (SRI) futurist Alfred Lambremont Webre, JD, MEd, director of the 1977 Jimmy Carter White House Extraterrestrial Communication Study, reveals that a briefing he and future President Carter had in 1973 aboard a UFO spaceship led to the creation of the 1977 White House ET Study.