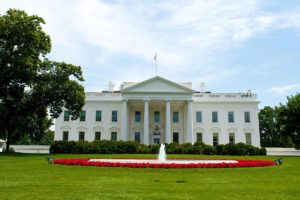 N. B.: The following article is the work of several researchers.
Abrogate the secret Greada & Tau9 Treaties and end the Pedocriminal matrix on Earth
US President Donald J. Trump’s comfort level with abrogating international treaties makes him the perfect person to end the horror of child sex abuse and human trafficking that is haunting the globe.
After cancelling US participation in the TPP and the Paris Climate Change Protocols, our new president has an opportunity to terminate the pedocriminal networks that currently dominate many governmental and religious institutions.
Those familiar with the secret Greada Treaty of 1954 that President Eisenhower signed with the Draco reptilians and Orion Greys are probably also aware that it has been violated and abused by the ET participants and pedocriminal humans who have used its provisions to create a world-wide network of pedocriminals embedded in the highest echelons of power.
This tragedy can be constrained and hopefully ended if President Trump keeps his repeated promises to deal with child sex trafficking and other abuses of children that he made during the campaign and recently.
Both the 1954 Greada Treaty and the Tau-9 Treaty signed by President George H.W. Bush have resulted in massive criminal violations by various ET groups and pedocriminal human networks in a scandal that saturates major governments, the media and the Catholic Church.
The recent Pedogate scandals highlighted this situation along with the continued spotlighting of abuse by priests, educators, coaches, and the entertainment industry.
To the extent that these treacherous misdeeds by ETs and pedocriminal human networks have flowed out of the abuse of these two treaties, we call upon President Trump to step up boldly and abrogate them.

Doing so now with the appropriate publicity and fanfare will not only help end the tragedy of child sex abuse, it will also serve as a major baby-step towards removing the ET Truth Embargo that has prevented Disclosure of their presence on Earth.
In a major victory for all humanity, we invite the President to “Abrogate This!” by terminating the treaties and simultaneously promulgating Disclosure.
Sign this Petition to the US President now to abrogate these Treaties and end the Pedocriminal horror on Earth.
Thank you.

This petition will be delivered to: