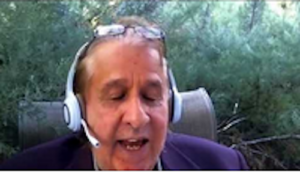 Jesus has been one of the topics of my research for many years. I’ve come up with the story of Jesus that I’ve never heard anyone else share.

This is ground breaking and it doesn’t take one iota of sacredness from the traditional story of Jesus, but for those seeking truth, it put’s together pieces of the puzzle that make it all fit.

I did this through cross referencing channeled answers and historical data, including how the Anunnaki, Elohim, Ra and St. Catherine fit in.

I’ve never shared it publicly (except on one of our conference calls a couple years ago. Everyone was spellbound). I hope you’ll listen and see if it makes sense to you. I put the question mark in the title, because ultimately I can’t prove it, but there’s enough circumstantial evidence that makes my look at the Jesus epoch pretty compelling.

Subject: The Real Story of Jesus and the Christ Consciousness?

Wynn has come up with some missing pieces of the puzzle related to the Jesus epoch. It doesn’t take one iota of sacredness from the story. He presents it with a question mark and gives you the

space to make up your own mind. He decided to share it today in celebration of the Christmas season.

Was Dr. Terry Friedman the reincarnation of Disciple Matthew? Wynn shares on this video how he convinced himself it was true.
The Man Who Walked with Jesus
http://manwhowalked.com/

The Pendant that expands your aura
http://www.wellnesspendant.net

Use the discount code Exopolitics for a serious discount
from online prices.

What’s a better time to share it than Christmas Eve. Alfred agreed

Whether you attend or not, have a blessed and Merry Christmas.

P.S. If you can’t attend live, the links to the replay on Youtube are posted above. The Youtube is usually up within a few hours,

The story and channelings of David Wilcock before he changed direction and went on his current path. 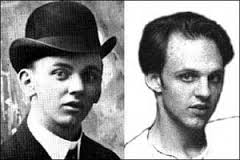 The Reincarnation of Edgar Cayce?

Gratitude to Everyone for your donations to the GofundMe Terry Healing campaign. She is a precious being in this realm and has made contributions to the evolution of our planet and many of us as well.

She is still in her body because of you! The photo below is Terry being worked on by Kimberly Meredith. After this session, Terry had a miracle! If it wasn’t for your donations, we couldn’t have afforded to see Kimberly and many of the ongoing protocols Terry is doing would have to be cancelled.

VANCOUVER, BC – In a wide-ranging ExopoliticsTV interview with Alfred Lambremont Webre, author Wynn Free shares the multi-dimensional journey that led him to co-authoring the book The Reincarnation of Edgar Cayce? Interdimensional Communication and Global Transformation with author David Wilcock.

Wynn Free writes, “In concluding Part One of this book, here is a quick review of all the points covered linking Cayce and Wilcock.

“1. The Ra link between Cayce and Ra-Ta: Edgar Cayce in his own readings described his past life as high priest Ra-Ta in Egypt circa 10,500 B.C., where the pyramids were built by “levitation of stone.” L/L Research, with Carla Rueckert acting as the instrument for channeled readings from the higher-dimensional being Ra, indicated that Ra was connected to a priest in Egypt in 10,500 B.C. who had an affinity with the “Law of One.” Ra directly states that they worked with this priest who, the evidence implies, was Edgar Cayce’s first incarnation Ra-Ta. Carla Rueckert had no knowledge of the Cayce reading regarding this.

“2. Fulfillment of the Cayce prophecy: Cayce predicted that the priest (Ra-Ta) would return in 1998 and “may become a liberator of the world” along with other lightworkers, would live in Virginia Beach, and would be surrounded by his old associates in the new lifetime. Wilcock was urged by his “Dream Voice” to move to Virginia Beach prior to having any indication of his Cayce connection, and prior to being aware of his resemblance to Cayce. After deciding to move, he learned how similar he looked to Cayce. After the move, in 1998, he became aware of people in his personal sphere who resembled associates of Cayce.

“3. Striking physical resemblance: Plato, Percival, and Cayce all indicated that a common soul will take on similar physical appearances from one lifetime to the next. Wilcock’s scientific research into the energy fields of DNA suggests that this is a quite natural process where the energy of the soul “arranges” the DNA molecule.

“4. Astrological congruities: The ties linking Wilcock’s chart to Cayce’s show such a high degree of synchrony that simply trying to calculate the probability of it being a product of random chance is extremely difficult, potentially in the billions-to-one scale once all factors are considered.

“5. Comparable missions: Cayce and Wilcock both dedicated themselves to planetary service without regard for financial gain or personal recognition.

“6. Comparable conflicts-of-life issues: Both Cayce and Wilcock have issues with security, emotional stability, and internal conflicts, as well as the same phobia regarding water.

“7. Prophetic abilities: Even though he doesn’t demonstrate the on-demand psychic powers of Cayce, Wilcock has made many very precise predictions that have come to pass and given numerous readings that reveal complete comprehension of his clients’ issues and conflicts. Ra has told Wilcock that his role is to be a messenger of the pending dimensional shift and a “teacher of universal concepts to the masses.”

“8. Lack of desire for public acclaim: This book was written at the insistence of the author over Wilcock’s initial vehement resistance. Wilcock only permitted the book project to continue after he absolutely convinced himself of my intentions and connection with the “Law of One.” Even then, he frequently shunned involvement with the project. Wilcock was not anxious to expose himself to the kind of controversy and scrutiny this book could create. It was only at the author’s insistence that many would benefit as a result of the public release of this book that Wilcock finally gave some support to this project.

WATCH ON FACEBOOK https://www.facebook.com/Alfred.Lambremont.Webre/publishing_tools/?section=VIDEOS&sort%5B0%5D=created_time_descending#
Wynn Free presented by Alfred Lambremont Webre The Real Story of Jesus and the Christ Consciousness?