PEACE PORTAL ARCH, Blaine, WA – April 23, 2018 – HAPPY EARTH TELEPORTATION MARS DAY! Welcome all to Project Pegasus & the study of time travel and quantum access technologies as in teleportation and their impact on our reality paradigm in the holographic Universe & multi-Dimensional Multiverse, and Dimensional ecology of the Omniverse.

My own first introduction to Project Pegasus, the US Government’s secret time travel & teleportation project, took place in 1972 when I met with about 50 Project Pegasus-DARPA-CIA time scientists and officials in a non-descript office a far distance car ride from my office in the Municipal Building in New York City, where I was general counsel to the environmental protection administration working with an office full of crusading environmentalists brought together by EPA Administrator Jerry Kretchmer working with Mayor John Lindsay to help elevate the environmental quality and vibrational auric frequency of the City of New York. 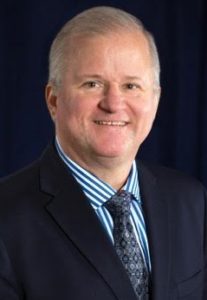 The year before, in 1971, former US Chrononaut Andrew D. Basiago, now a target IMHO of the Perestroika Deception Soviet-Russian Deep State penetration of the DARPA-CIA Project Pegasus time travel program, has testified he first saw a copy of my book Exopolitics: Politics, Government, and Law in the Universe that he would edit in the future in late 2004-early 2005, just prior to its initial publication for launching at an Exopolitics conference at the National Press Club in the late Spring of 2005.

Andy says he was in the presence of his father DARPA consultant Raymond F. Basiago and his father’s friend Connie Chavez when a copy of Exopolitics, the book Andy would edit in the future, was taken out of a security satchel and an instructive conversation ensued among Andy, Connie and Andy’s father about the future of Exopolitics.

Andy’s work to spread the word that time travel & teleportation are real continues, and so does the real story of the birth of Exopolitics. Andy’s vision, which he experienced as a childhood teleportee carrying time scrolls from a DARPA forward time base in the year 2045 back to 1971 Project Pegasus for analysis on how to get Earth’s 1971 reality successfully to a positive future in 2045, is that by 2045, Earth would have planetary teleportation built into the walls of public buildings, thus enabling functional Earth’s entry into the Universe society of inhabited worlds, as described in my book Exopolitics.

You can now immediately access an historical online replica of the book Exopolitics as US Chrononaut Andrew D. Basiago witnessed and experienced the 2005 book during a time travel teleportation visit to secret US government Time science laboratories in New Mexico in 1971.

You can access as well the exclusive, historical story of how I co-discovered the Omniverse in 2014 essentially based in part on the forensic evidence provided by Andy and his team of Time traveling scientists at Project Pegasus.

-Access books that is a classic time travel artefact – Exopolitics: Politics, Government and Law in the Universe
-Access DEO: Dimensional Ecology of the Omniverse, with in depth evidence and analysis about the cosmology of Creation, the US secret Time-Space program quantum access, and the U.S. and international & planetary inter-species Mars programs, including:
– Time travel
– Teleportation
– Mars visitation
– US Presidential pre-identification
– DARPA forward time base in 2045
– Explaining the affidavit of Andrew D Basiago on how DARPA CIA had chronovisor images of 9/11 in 1971!

A good portion of your book contributions go weekly directly to Andy via Paypal to help support his ongoing work in getting out a Life on Mars, time travel and teleportation positive message to people in America and world wide.