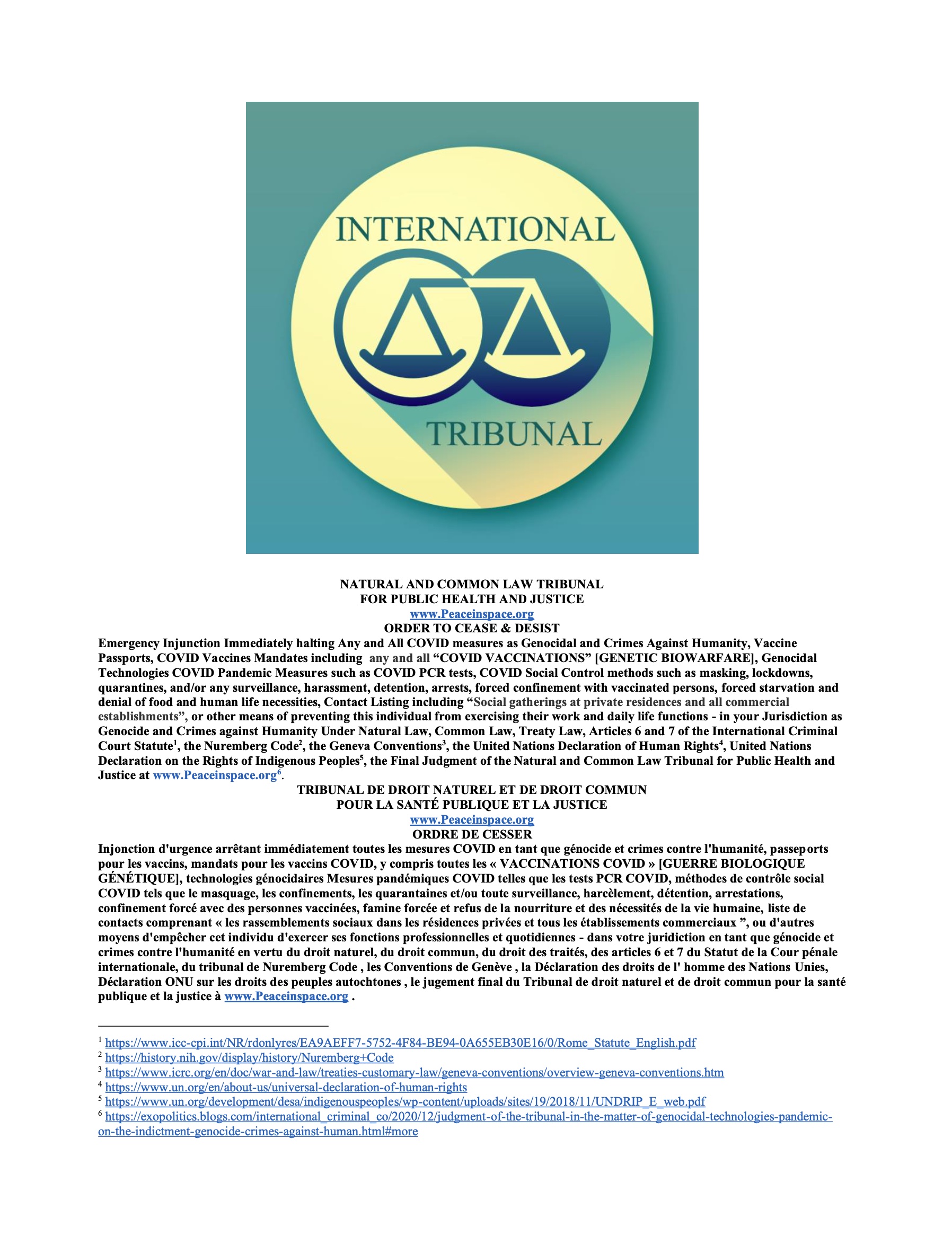 SEE: Operation I Want to Report a Crime & Criminal Intent In Murder

Why do the Illuminati reveal their agenda?  Why Do Illuminati Reveal Their Agenda? | Truth11.com

Depopulation of the 100-year cycle has hit us again.  Another influenza pandemic but now called Corona Virus, aka Covid 19 that came with a vaccine just 10 months after covid hit us globally in every country all at once.

As we are in a war with our Governments (paid actors playing government roles) around the world, we see the psychological warfare being played out on the unvaccinated people not being allowed to enjoy an evening with friends and family at venues which we used to do.

Shortages of food on the shelves at the Supermarkets has led those who are awake to go to their local grocer if they are not already stocked up.

We sit back and watch these actors break every law that has been put in place to protect every living man and woman on this earth, as they try to take away our human rights by using a lethal vaccine that not only kills us, but it has the chip inside so they can keep an eye on you wherever you are.

Our privacy has been breached and for those who know their rights experience a violation of discrimination, bullying and harassment, division of families, friends, cultures and beliefs.

Our world has been run by paedophilia psychopaths who have created such chaos to bring forth the Agenda 21 to take control over the world and the people.

All nations in distress as we protest and rally our streets for our freedom of human rights.

There is a 400-year history of depopulating our world at the word of these so-called beings playing god.

What they want is our souls and these vaccines will help them with that.

While they break every legislation under the sun to traumatise us with the loss of jobs, no food, no socializing.  This shows how desperate they are to vaccinate the world.

The world is praying for Canada and Australia as we have been the countries that have been affected the most and the hardest with our dictating, actors who portray themselves as “The Government”.

Both these countries have been the testing ground for the world to see what is being portrayed to the human race with all legislation being broken by these Satanists who call themselves our protectors.

If we have a look at the Georgia Stones, this sets it out completely.  This is the New World Order they had planned for us.

The stones have ten commandments, “rules,” or “guides,” depending on how you look at them. The text is in English, Swahili, Hebrew, Spanish, Russian, Arabic, Chinese, and Hindi. The text in English states the following:

It’s not just every 100 years they depopulate our world with their rules and mandates, they have been killing the human race for a long time.  Human trafficking has been a huge money maker for these beings, selling kids, prostitution, kidnapping, killing and selling body parts/organs and of course eating humans.

Crimes against humanity has been an ongoing war for a very long time and they have blind-sided us with their entertainment, sales, special deals, media, internet etc.

Here in Perth Western Australia, they have just bought in the vaccine for the ages of 5-11.  I believe they will mandate this just like they have done with the rest so far.

Booster shots have become mandatory as our Government say if you don’t have the booster, you’re not vaccinated.

This pandemic/scamdemic has divided people, split up families, discrimination is a huge issue in our world and poverty is increasing.  People do not know if they will have a home tomorrow let alone some food.  Friends have been lost and less people are socialising.

Humans are a compassionate, loving, trusting race where we are able to live hundreds of years, but due to being demonized our life spans have shortened where majority of us are living under 100 years of age.

God said that there is enough room for all of his children on this earth.  The Satanists say they cannot control us over 500 million people.  Who said it was their right to control humanity?  Who said they told us when we have to die?  Who said that they can take all of our money and make it very hard to live?  I know god did not.

Our so – called Governments have now become legalised murders in our world where our Prime Ministers/Presidents have allowed our State Premiers to override the Federal Legislation with their own laws making regulations and policies are requirement which do not fit into the Constitution of Australia nor the International Constitution.

Now we see that the Supreme court in America has thrown out Biden’s case to mandate the Vaccines.

We also see Boris Johnston being asked to resign after throwing a party in lockdown, but we also see they have also stopped the mandates of the vaccine.

Australia is not there but we do not believe it will be far way.  As McGowan has some serious thinking to do in the state of Western Australia, he is facing legal court challenges by industries such as Mining, Health, Education and so much more.  As he has mandated pretty much all sectors to have the vaccine, people have and are still waking up to the illegal murdering’s of the people around the world.

Parents are refusing to have their children jabbed as of the 31/01/2022 they will be mandated for children for children 5-11 years of age.

People such as myself will be locked out of venues due to not being vaccinated, along with the rest of us.

Working in the Public Transport sector (we were not mandated) I have seen more people call up about the mask mandates each time our Premier Mark McGowan makes the announcement.

More people are more aware of legislation, and they are fighting hard over here with these ridiculous mask mandates.  It has now gotten to the stage that I can walk into anywhere without a mask on and say that I am exempt, and no one can question me over it, which is great.  People and companies are starting to realise that no one or nothing can override Federal Legislation.  The people have and are winning with this one too.

We have not yet been locked out of going to get food, like New Zealand and Canada have done to the unvaxxed in their countries.  There are rumours of that coming to the point that we will only be able to go as far as a kilometre.  We are celebrating a public holiday over here called Australia Day.  I have only found out the meaning of this day, it goes back 100’s of years when they killed the Indigenous on this day.  The McGowan Government were going to make it mandatory to show proof of vaccinations on that day for the venues and businesses, they have decided to stop that.

I have heard with the countries un mandating the vaccines, there is a new variant out called IHU and they want the vaccinated to get sick from the 5G radiation.  Read the story here:

I also have heard with the people who have died of the vaccination, they are using their bodies to spray over the crop’s so it is in our food regardless.  This is the video of it.  It may take a while to load.

Makow, H (Jan,2022).  Why do the Illuminati reveal their agenda?  Why Do Illuminati Reveal Their Agenda? | Truth11.com

Natural and Common Law Tribunal for Public Health and Justice

DONATE TO: STOP THE PANDEMIC BY LAW & JAIL PANDEMIC PERPS