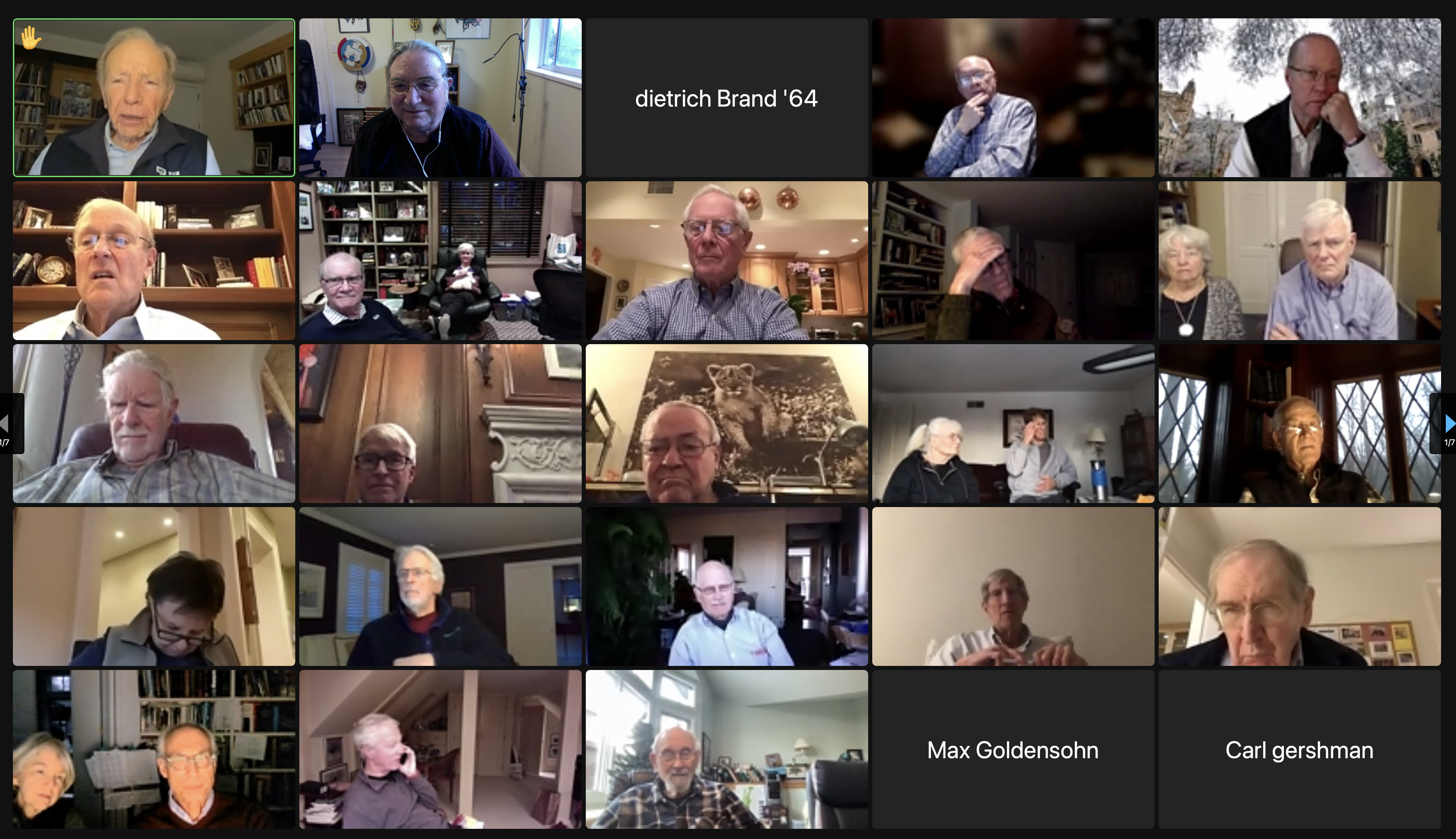 January 19, 2022 – 187 participants in a lively Zoom meeting today with Sen. Joe Lieberman ’64, ’67L,  [Upper left corner, with NewsInsideOut.com’s Alfred Lambremont Webre, Yale 64, 67L smiling next to Sen Lieberman] discussed the possibility of a National independent fusion ticket for the 2024 US Presidential Race that would achieve registration in all 50 states, and win the Presidency by attracting US Presidential voters who by recent Polls favor an Independent Candidate by 40% over 20% each for the GOP and Demo 2024 Tickets, according to Sen. Lieberman. Although there are systemic difficulties in 50 state registration by an Independent Fusion Ticket, these are not insurmountable in the polarized atmosphere of massive loss of voter trust in the two major parties.

Joe Lieberman was the 2000 Democratic Vice Presidential candidate who together with his fellow Presidential Democratic candidate Al Gore, defeated George W. Bush by 500,000 votes only to lose the election in the Electoral College by Florida’s electoral vote.

Asked at today’s Zoom meeting with Sen. Joseph Lieberman whether he had interviewed a DARPA time travel whistleblower who had access to time travel information on the winner of the 2024 US Presidential election, NewsInsideOut.com reporter Alfred Lambremont Webre indicated that to date, unlike in prior years, he had not been able to locate a time travel whistleblower with access to secret DARPA-CIA time travel information on the results of the 2024 US Presidential election.

The Chronogarchy, a secret quantum access time travel government, is exposed in a new evidence-based book whose contributors include former U.S. Chrononaut Andrew D. Basiago, JD, MPhil (Cantab), a participant in the secret DARPA-CIA Time Travel program who witnessed many of the secret time travel briefings of future US Presidents.