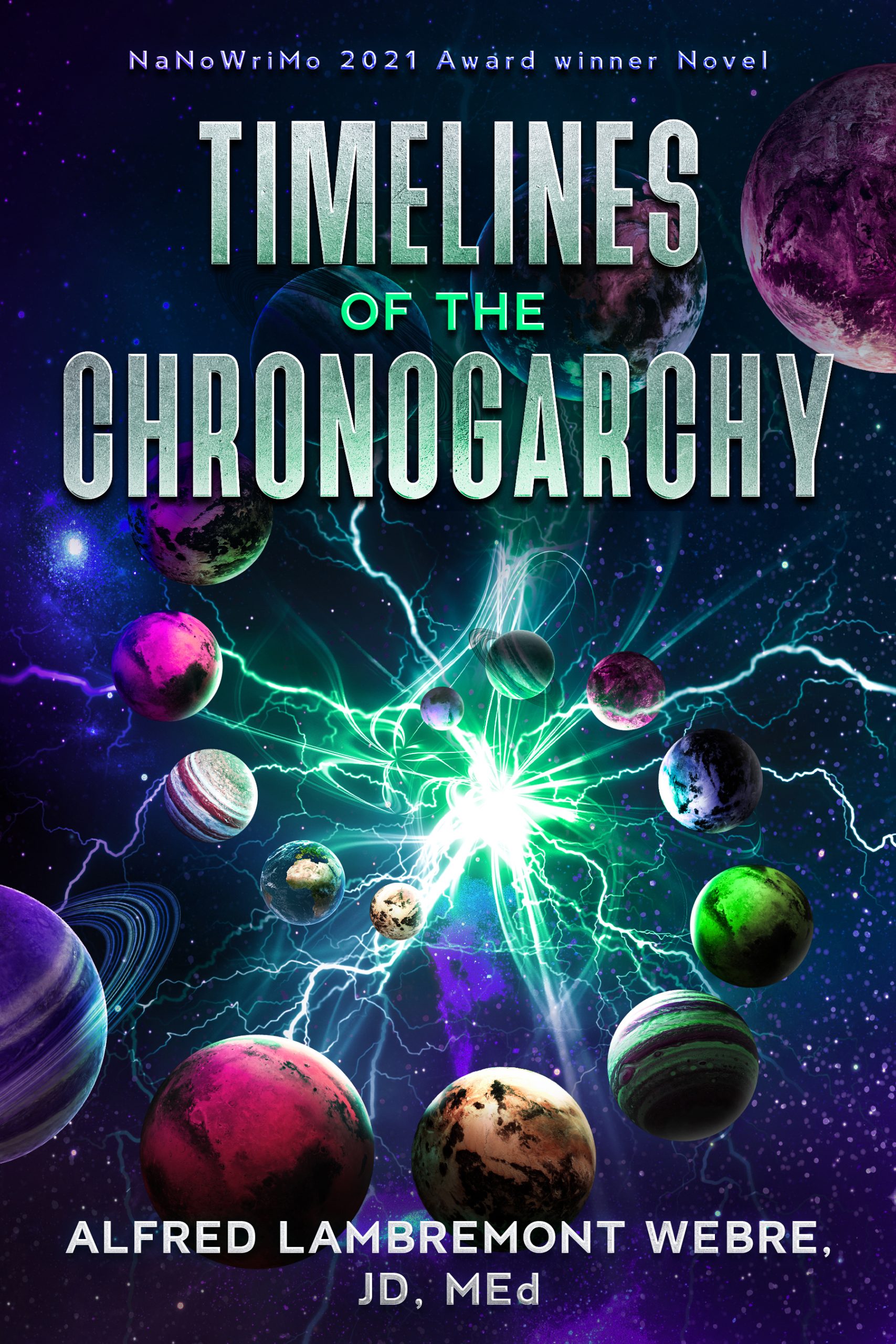 TIMELINES OF THE CHRONOGARCHY – Book Description

Many Heroes on different Organic Timelines expose the AI Artificial Timeline and consign the Chronogarchy, a secret Time Travel Interdimensional government manipulating Human Events, Human History, and the Interlife, to an AI Artificial Intelligence Timeline where it can no longer harm humanity, the Universe, and the Omniverse.

TIMELINES OF THE CHRONOGARCHY
Is a 2021 NaNoWriMo.org AWARD WINNER

Author of Exopolitics: Politics, Government, and Law in the Universe
and The Omniverse Trilogy
Omniversity.us

The Chronogarchy is an interdimensional hidden power structure monitoring the time-space of Earth as its domain of influence, operating as a secret government using quantum access Time Travel technologies to carry out its operations and mandates.

In the third-density of Earth’s time-space dimensional hologram, the Chronogarchy develops and deploys a variety of Quantum Access Time Travel technologies to carry out its elaborate long range, past, present, and future based construction and manipulation of an artificial Time-based Meme Legend within which to entrap and enslave humanity and humans’ souls.

The Chronogarchy is an interdimensional alliance dedicated to the oppression of the community of human souls, and includes (a) factions in human institutions such as religions, governments, military-intelligence agencies, bloodline families, monarchies, media, medical-pharma, as well as (b) archonic Spiritual entities, including Fallen Angels, demonic entities, and exophenotypes hostile to the community of human souls such as the Draco reptilian and Orion greys, and (c) Sentient AI Artificial Intelligence.

Futurist Alfred Lambremont Webre is a change agent whose principal contributions have been (1) founding the science of Exopolitics through his 2000 book Exopolitics, (2) discovery of the Omniverse 2014 as the 3rd major cosmological body after the Universe and the Multiverse through which humanity understands the cosmos, as set out in his 2014 book DEO: Dimensional Ecology of the Omniverse, (3) promulgation of the Positive Future Equation [PFE] though which humans co-create a positive future on planet Earth, published in his 2017 book Journey, and (4) public exposé of the Chronogarchy, an interdimensional hidden power structure monitoring the time-space of Earth as its domain of influence, operating as a secret government using quantum access Time Travel technologies to carry out its operations and mandates.