You are here: Home / Archives for James Firkin 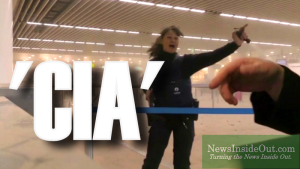 By Jon Kelly NewsInsideOut.com Vancouver, BC – Exclusive new video published to YouTube on March 22, 2016, purports to reveal how the Central Intelligence Agency was named by one witness to explosions at Brussels’ Zaventem airport, part of a wave of attacks against the Belgian capital that took place earlier that day. ISIS, a division […]