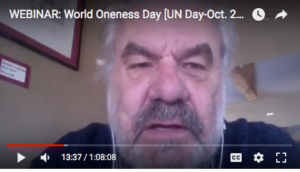 While there are many ways of honoring this intention of Oneness, to tune into the Ninth Wave is the most powerful. Most importantly this makes it part of an ongoing practice consistent with the long-term destiny of humanity. 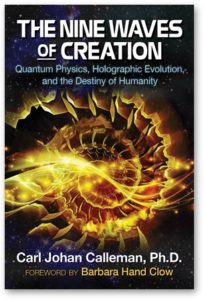 THE NINE WAVES OF CREATION

I was born in Stockholm, Sweden in 1950 and my scholarly career is now beginning on its third phase. The first phase was training and practice as a professional scientist in the years 1974-93. I got my PhD in Physical Biology under the mentorship of a member of the Nobel committees exposing me to a high level of international science. Later, as a Senior Researcher at the University of Washington I have written a number of extensively quoted articles in the scientific literature in the fields of Environmental Science, Chemistry and Cancer Research.

The second phase, which began in 1993, has been dedicated to understanding the ancient Mayan calendar and its underlying mechanisms and making this understandable to modern people. A trip to Mexico and Guatemala in 1979 as a backpacker had alerted me to the potential value of the ways of thinking of the ancient Native peoples and had me hooked ever since. The mystery of a calendar that was not based on astronomy stayed with me as I had a sense that it could be an inroad to some of the most fundamental problems of the human existence. Later, as I dedicated myself to this calendar system full time, I have written four books based on this to explore its consequences for consciousness shifts and biological evolution. I have also collaborated with current-day Mayan elders and helped them get their messages across to the world.

Now in 2014 I am in the fortunate position to be able to draw from both of these phases in my background and am starting an entirely original exploration into the human mind and how this influences and dominates humankind, at least at the present time. While my biological background allows me to see some way in which the brain plays a role for the mind, my background with the Mayan calendar also tells me that the mind cannot have its origin in the brain. The Mayan calendar therefore is an absolutely necessary component in any attempt to understand what the mind is and its origin and it is from this that we can understand shifts in consciousness, temporary and long lasting. At the same time I believe that a true paradigm shift can only come out of a rigorous practice of the scientific method upon empirical evidence. Hopefully such work will contribute to free up the human soul to its true spiritual destiny.