VANCOUVER, BC – Melanie Vritschan, a EU-based activist deconstructing the Transhumanist Agenda to robotize humanity, describes in the this NewsInsideOut.com interview how the NSA and CIA’s Project Pegasus, an elite assassination unit founded by George HW Bush, are using a strangulation nano-technology to torture and assassinate her. The nano-technology was covertly embedded around her neck during a hospital surgery, in order to assassinate her via remote strangulation and to inflict extreme physical and psychological torture.

NSA, CIA, the US government and the forces behind the Transhumanist Agenda to robotize humans are planning that by eliminating Melanie Vritschan, the War Crimes Tribunal and EU legislation to ban new physics weapons she is championing will be scuttled.

As a matter of international law, the nano-technology weapons strangulation attacks and other torture upon Melanie Vritschan are unlawful and a violation of the Geneva Conventions prohibiting military attacks upon civilians, as well as a violation of international humanitarian law and EU legislation. See www.warcrimestribunal.org

The NSA/CIA Pegasus strangulation nano-technology was developed by DARPA and Motorola and is now promoted by Regina Dugan, Barack Obama’s first Director of DARPA. This reporter has previously revealed that Obama and Dugan were fellow participants in a 1980s CIA Mars teleportation program that experts have now stated under the over-all directorship of Dick Cheney. 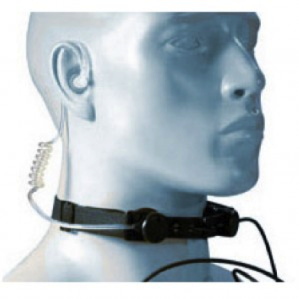 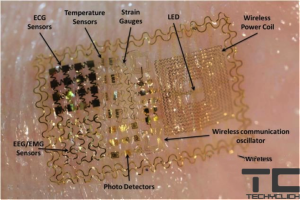 Dr. Staniger’s affidavit confirmed both the existence of the DARPA/Motorola strangulation nano-technology, and of the NSA delivery system. Relevant portions of her affidavit read as follows:

8. Ms. Melanie Vritschan contacted me on October 10, 2014 to determine, if there was any innovative nanotechnology that could cause one to experience choking, strangling of the throat and/or other physiological occurrences as she has experienced after discovering scars and other physical changes with her body.

9. The innovative nanotechnology that may be applied to the symptoms described in No. 8 are known as crystalline polymers and elastomers of optical colloidal and nanostructured systems as developed through scientific programs with the University of Wisconsin at Madison, United States and the Netherlands, University of Twente and Nottingham Trent University, United Kingdom through collaborative research funded by DARPA and the US Air Force. (http: www.i-camp.colorado.edu/i…/scientific-program…)

11. The use of the Black Silicon Method was further expanded in the US Patent 6,503,231 B1 issued January 7, 2003 Georgia Tech Research Corporation, Atlanta, GA entitled:

12. The Motorola Mobility/Google patent for e-tattoo may be used to read your thoughts by listening to unvocalized words in your throat, it also has a pickup signal (RF/Terahertz) for “auditory signal,” as in transmissions to the base of the skull, so the individual may hear a vocal transmission through their brain as in Remote Neural Monitoring, thus a two way radio communicative device as smart infusion systems.

13. The smart e-tattoo technology was pioneered by John Roger’s Illinois-based research lab through built-in EMG and ECG electrodes. The electrodes would not pick up individual spikes, but could generate electrical records of muscle activity and eventually compound nerve potentials.

15. “Skynet” is a quantum computer from D-Wave that research into alternate universes to derive the correct answers to highly complex computational problems was acquired by Google, which will be used by NSA, the CIA and other agencies.

During her interview, Melanie Vritschan reached out for public support in several areas:

Join to deconstruct the Transhumanist Agenda to robotize humans – EUCACH.ORG

Donation Support for communications & Internet – Donations to support phone and Internet connections in Brussels to keep the coordination office of the War Crimes Tribunal, EU Legislation banning new physics weapons, and anti-Transhumanist Agenda activities in operation. Melanie Vritschan’s Internet was scheduled to be cut off on Dec. 11, 2014 by Belgian Telecom, as she has been unable to work because of the nano-technology harassment.

BANK DETAILS FOR YOUR SUPPORT: