You are here: Home / Alfred Lambremont Webre / Canada 2015 Election: Ubuntu Party Canada withdraws its registration from Elections Canada, and has “lost all faith and trust in founder Michael Tellinger”

Canada 2015 Election: Ubuntu Party Canada withdraws its registration from Elections Canada, and has “lost all faith and trust in founder Michael Tellinger”

VANCOUVER, BC – In an online 56 page public document, the Ubuntu Party Canada states the reasons why it has decided to withdraw its registration application before Elections Canada for the October 19, 2015 Canadian Federal Election. That 56 page document can be accessed here:

Tellinger: Weeks of silence and no intervention

Signed by all members of the Ubuntu Canada’s Political Contributions Team, the document states that after promising initial support of Ubuntu Party Canada in its applications process to Elections Canada to participate in Canada’s 2015 Federal Elections, Michael Tellinger, Ubuntu Party Founder (South Africa), the Team was met with “weeks of silence And no intervention” from Tellinger.

Canadian Team “lost all faith and trust in Michael Tellinger”

The Political Contributions Team handling the Ubuntu Party Canada’s registration reports that after You Tube Analytics reported that Tellinger spent one minute viewing a special 13 minute video the Canadian Team had made for Tellinger who was in South Africa in an effort to attempt to explain to Tellinger the complexities of political party registration in Canada, “It was at that point that the Political Contributions Team lost all faith and trust in Michael Tellinger’s desire or ability to assist Ubuntu Party Canada in registering in Canada, despite his initial promise to assist. Consequently, Ubuntu Party Canada decided to withdraw its application for registration and will not be running any candidates in the October 19, 2015 Canadian Federal Election. [See page 2 of document] 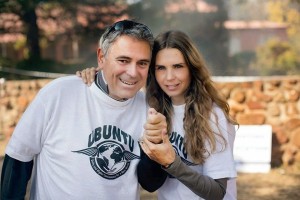 According to the Ubuntu Party Canada’s website, “The registration process in Canada has been halted. Click the link below for full documentation.”

The Ubuntu Party Canada home page emphasizes the damage that betrayal by political leaders causes in a community: “We, the people, have appointed the politicians as our servants to do the best they can for us – the people. The politicians and the government have failed us dramatically on every level. They have betrayed the dream of many people of integrity who dedicated their lives to our freedom. Today, we face a greater threat than any other threat we have faced before. The threat of absolute enslavement by those who control the global economy and the financial systems.”

On the Ubuntu Party (South Africa) web page, Michael Tellinger states, “My name is Michael Tellinger. I am the founder of the newly formed UBUNTU Party in South Africa. I would like to share with you the joy and beauty of UBUNTU Contributionism, where people do not live divided in fear of each other, but rather live united and thrive in abundance on all levels of our society.”

On January 13, 2015, this reporter published a NewsInsideOut.com exclusive interview with Credo Mutwa from his remote village in South Africa after learning that Tellinger had as well betrayed Credo Mutwa and never distributed his interview DVD, which he could have easily done on Amazon, providing the elderly and impoverished Credo Mutwa with much needed income.

“My grandfather said never blame other people, you have yourself to blame,” Credo said when asked of the current controversy as to whether publisher Michael Tellinger of Zulu Planet has honored his March 27, 2010 contract with Credo Mutwa to produce and distribute a DVD of a September 2008 video-recorded talk between Credo Mutwa and Tellinger and “pay Credo Mutwa 50% of all NETT profit from the sales of the DVD/interview.” [Ed. Note – See Contract below Appendix I]

Asked if he had ever received any money from Tellinger under the contract for sales of the DVD, Credo Mutwa looked at Virginia and both stated emphatically, “No.”

Credo & Virginia Mutwa’s response that Michael Tellinger and Zulu Planet Publishers have never provided them a proper accounting or payment under the contract is confirmed in this interview. Michael Tellinger’s statements that not a single DVD was sold in the almost five year term of Credo & Virginia’s contract is not credible absent a proper accounting, as was done in the case of Planet Zulu author Johan Engelbrecht, the author of the book, Kaffertjie published by Zulu Planet.

Although the NDP’s Tom Mulcair is rated the most competent and trustworthy of the five major candidates vying to be prime minister, while Conservative Leader Stephen Harper is the least trustworthy and competent, according to the latest results from Vote Compass, CBC, polls also show that Conservative Stephen Harper, a strong backer of Israel and the only Head of State to have withdrawn from the Kyoto Accord on the Environment, to be poised for another possible majority government.

Credo Mutwa: My vision is peace in the world. I blame myself for Michael Tellinger & Zulu Planet’s malfeasance on their contract