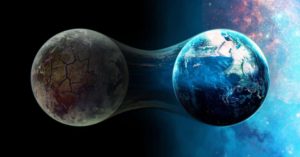 Navigating the Omniverse to Disclosure, Density Shift & Soul Development
Saturday, August 27, 2016 from 12:00 PM to 3:00 PM (PDT)
RESERVE TICKETS NOW! [10 eBook copies of Alfred’s book on discovery of The Omniverse will be given away to participants!
https://www.eventbrite.com/e/navigating-the-omniverse-to-disclosure-soul-development-tickets-24572038629
With Dr. Geri DeStefano-Webre PhD & Alfred Lambremont Webre, JD, MEd

Asked why this Interactive Intensive at this time, Alfred Lambremont Webre said, “Mother Earth’s and humanity’s ongoing planetary density shifts have been known mark the completion of a 25,800 year cycle around the equinoxes, known in the Western tradition of Socrates & Cicero as the “Great Year” & in the Eastern Tradition as the “Yugas” [We are now shifting from the Kali Yuga (‘one part virtue/three parts sin’) to the Satya Yuga (‘Virtue reigns supreme’). For those who follow the meme of the Mayan Calendrics, December 21, 2012 marked the formal end/beginning of a Great Year. Some Eastern traditions hold that a planetary density shift portal to the new Yuga or Great Year opens around 2025. The time between 2012 and 2025 marks an acceleration into the 2025 interdimensional portal into 4/5th density. We do not know if this planetary Shift will be a total planetary density shift with all Souls accompanying the New Earth in through the 2025 portal, or a Partial planetary density Shift or graduation of a portion of human souls now on the planet to 4/5th density and the rest recycled onto other 3rd density planets for another 25,800 year cycle. Even Wes Penre in his latest book on AI says the optimal strategy now is to “Abandon the reincarnation battlefield and opt into 4/5th density”. Planetary density Shift is occurring automatically an one has to willfully go into duality consciousness to avoid density shift.

RESERVE TICKETS NOW! [10 eBook copies of Alfred’s book on discovery of The Omniverse will be given away to participants!
https://www.eventbrite.com/e/navigating-the-omniverse-to-disclosure-soul-development-tickets-24572038629

The Universe, the Multiverse, the Omniverse.
These are the three principal cosmological bodies through which humanity comprehends the Cosmos.

The Universe, an organic singularity of time, energy, space, and matter, was discovered by the Sumerian astronomers in 3500-3200BC.
The Multiverse, the totality of all Universes, was discovered by the American scientist William James in 1895.
The Omniverse, the integrated whole of the Multiverse and the Spiritual dimensions of the intelligent civilizations of souls, Spiritual Entities, and Source, was first formally proven in 2014 in two independent science-based books, respectively by David Bertolacci and by Alfred Lambremont Webre.
Scientific discoveries are often simultaneously made in different parts of Earth by different people and the discovery of the Omniverse is such an example.
Learn more about the Omniverse at: