PEACE PORTAL, WA – In this ExopoliticsTV interview with Alfred Lambremont Webre, Award-Winning UFO filmmaker Patty Greer updates us on key historical Crop Circles since 2001, and then focuses on a tour-de-force through 42 Crop Circles of 2019 and what the messages embedded in these Crop Circles appear to mean.

Patty Greer is a prominent UFO filmmaker who produced 8 full feature Crop Circle & UFO films in record time – 10 years. Her movies received 8 prestigious awards including 5 EBEs at the International UFO Congress Convention. Her films offer unrelenting evidence and explosive footage of Crop Circles being produced by spinning plasma fields that appear to humans as “balls of light.” Greer’s conclusion after producing 8 films and visiting the lab of the great scientist William Levengood is that Crop Circles are produced by counter-rotating spinning plasma vortices coming out of the earth – they are NOT coming from the sky! Additionally the films explain how Crop Circle seeds are growing 30-400% more food and biofuel per plant, with up to 75% more nutrition per seed! 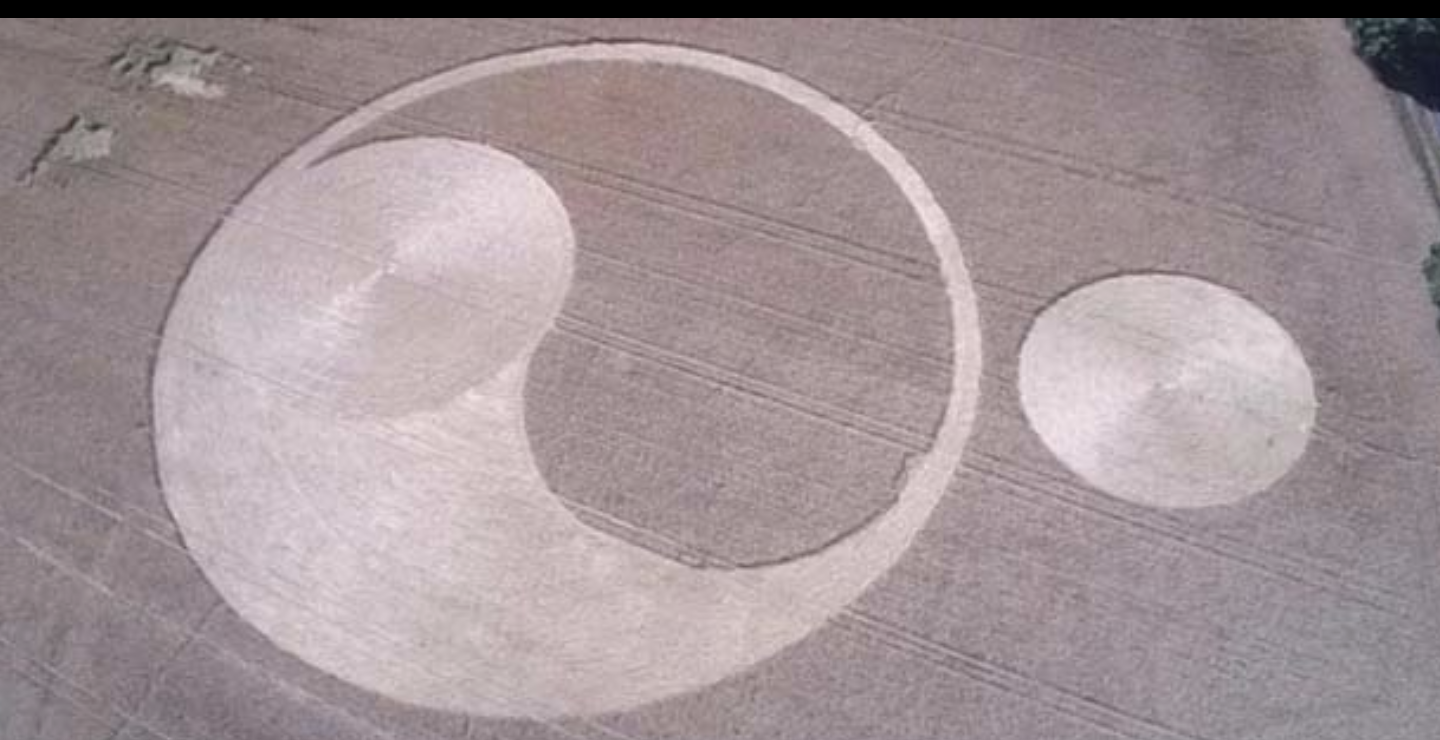 France, a country closely associated with the mysteries of Mary Magdalene and the Templars.
The CCs were located near sacred sites & ancient churches where pilgrimages have taken place for centuries.

Many of the 2019 French Crop Circles honored the Divine Feminine and Mother Mary. Some of the alignments of crescent moons appear to be the dancing Goddess with her arms up over her head in celebration.

Most of the French 2019 Crop Circles were arranged on alignment axis. We saw lunar shapes, crescents, and points which may suggest astronomical markers involving planetary alignments, and the four phases of the moon. 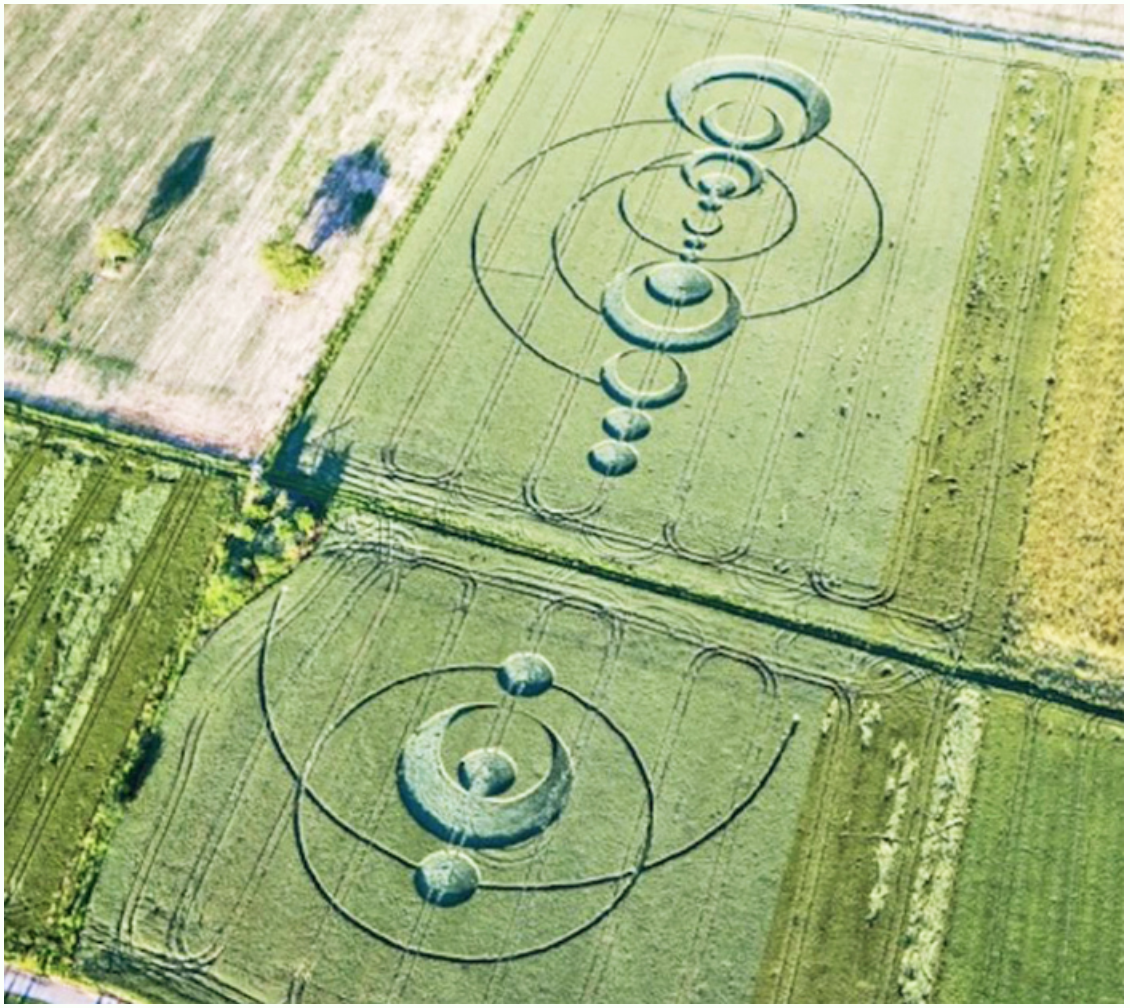 6/30/19 Pas-de-Calais, France
There appears to be a baby in this Crop circle, perhaps two babies including one in the womb. I find this formation to show us the birthing of a new time. A return of the Divine Feminine once again. 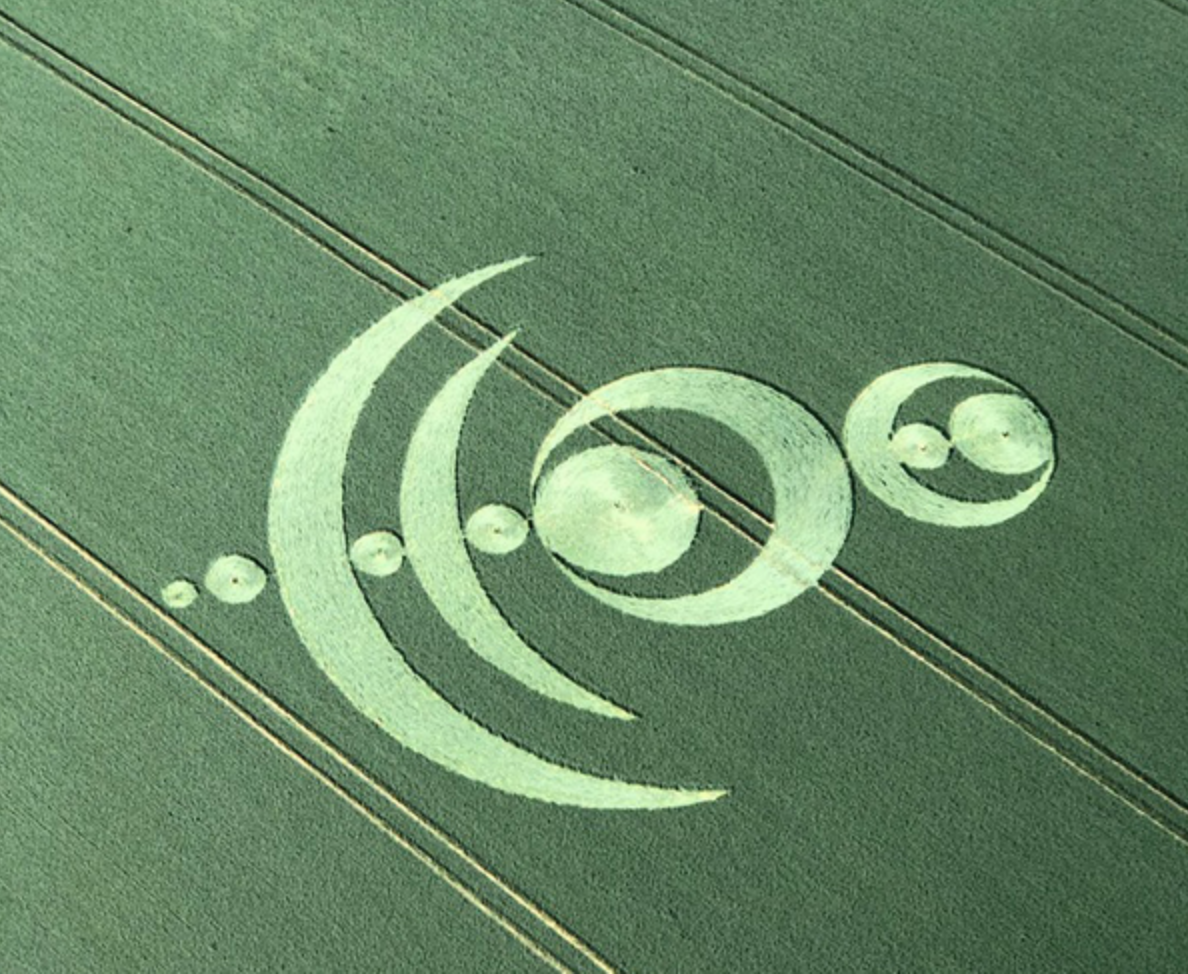