VANCOUVER, BC – A report and investigation by former US Marine Corp  member Richard K. Cole  & a written comment by US Astronaut & Mars Visitor Andrew D. Basiago have found Randy Cramer’s alleged Mars visitation account a hoax, according to a Memorandum released July 28, 2020 by www.Truetube.co. 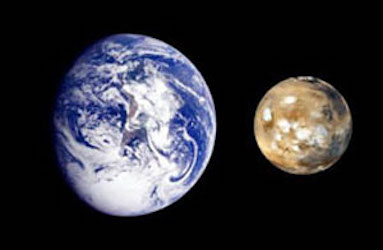 Re: Reports on Randy Cramer False allegations of Mars Exploration

Subject: Re: News from NewsInsideOut.com

Thank you very much Mr. Cole for your detailed and important update on the subject of Randy Cramer.

We will forward your update to our two journalistic Sources on Randy Cramer for their review and comments as well.

I am a former US Marine and have investigated Cramer’s false claims of military service. Cramer’s claim that his service in the USMC is “classified” as well as the existence of a USMC “Special Section” Unacknowledged Special Access Program (USAP), is absolutely untrue. Cramer has also claimed he served in the US Navy as a SEAL. The US Department of Defense, and in this case, the Department of the Navy (USMC) does not classify basic information regarding a person’s service record. Such information is considered a matter of public record and information such as dates of service, rank, education, awards, duty assignments, and discharge are releasable information under the Freedom of Information Act (FOIA).

The claim that his records simply do not exist is nothing more than a clever attempt to mislead and deter anyone from submitting the necessary FOIA requests in order to determine whether he has a record of military service or not.

According to the National Personnel Records Center (NPRC) and Defense Manpower Data Center (DMDC), Randy Cramer has no record of service in the USMC or the Department of Defense. My request was then forwarded to the CMC, HQ USMC, Personnel Management Support Branch (PMSB) for further action, but I never received a response. According to the NPRC, the PMSB is the office managing US Marine individual records since the late 1990s. But since the DMDC did not show any corroborating record (dates of Active Duty Service) for Cramer I conclude Cramer is a liar.

You may also be interested to know that Cramer is currently being investigated by GoFundMe and others for fraud. His GoFundMe Campaign page has been removed as of yesterday afternoon.

The GoFundMe site was created for Cramer by an investor – specifically for his own personal use as income and emotional support. NOT for the research of Holobeds as the campaign states. There is also the fact that the campaign deceptively uses Cramer’s false claims of military service. I estimate at this point, that almost $100,000.00 has been “invested” as well as over $20,000.00 in other donations to Cramer. These include money for paying bills, a relocation, an all-expense-paid vacation to the Netherlands in 2016 costing $13,500.00 and computers and broadcasting equipment.

Unlike some crowdsourcing sites which require the goal to be met before any donations can be accessed, GoFundMe allows the immediate use of funds to the beneficiary of the campaign. Cramer is (was) clearly listed as the campaigner and beneficiary.

Finally, there is not a US Marine Base located at LLos Lunas, NM as your article states . Furthermore, it would be highly unusal for two Staff NCOs in NM to be USMC :Command Staff” since that title normally refers to HQ USMC at Quantico, VA and the Commandant of the Marine Corps (CMC). As for a “database”, in my 15 years investigating fraudulent USMC service claims, I have never heard of one. Since I do not have details of your source’s “Official Inquiry”, I can only speculate. But I wold consider that to be highly unusual under the circumstance described.

I would advise anyone seeking to obtain proof of Cramer’s service to submit a FOIA request to HQ USMC https://www.hqmc.marines.mil/Agencies/Office-of-Legislative-Affairs/Congressional-Correspondence-Section/Records-Request/or to the section described in the response sent to me by the NPRC. Feel free to use the copy of my FOIA request which provides Cramers info and proper format, as a template when submitting any requests.

You can view my research, including copies of documents here: https://rkcolejr.blogspot.com/2020/07/randy-cramer-gofundme-investigation.html

“This is an excellent and very much appreciated analysis of Randy Cramer’s hoax from a military perspective by a military [member] who is obviously knowledgeable about how to validate or invalidate an individual’s claims of military service.

“Would like to add to this Analysis only one thing and that is that Randy Cramer has been found to be lying beyond his claim of serving in the U.S. Marine Corps.