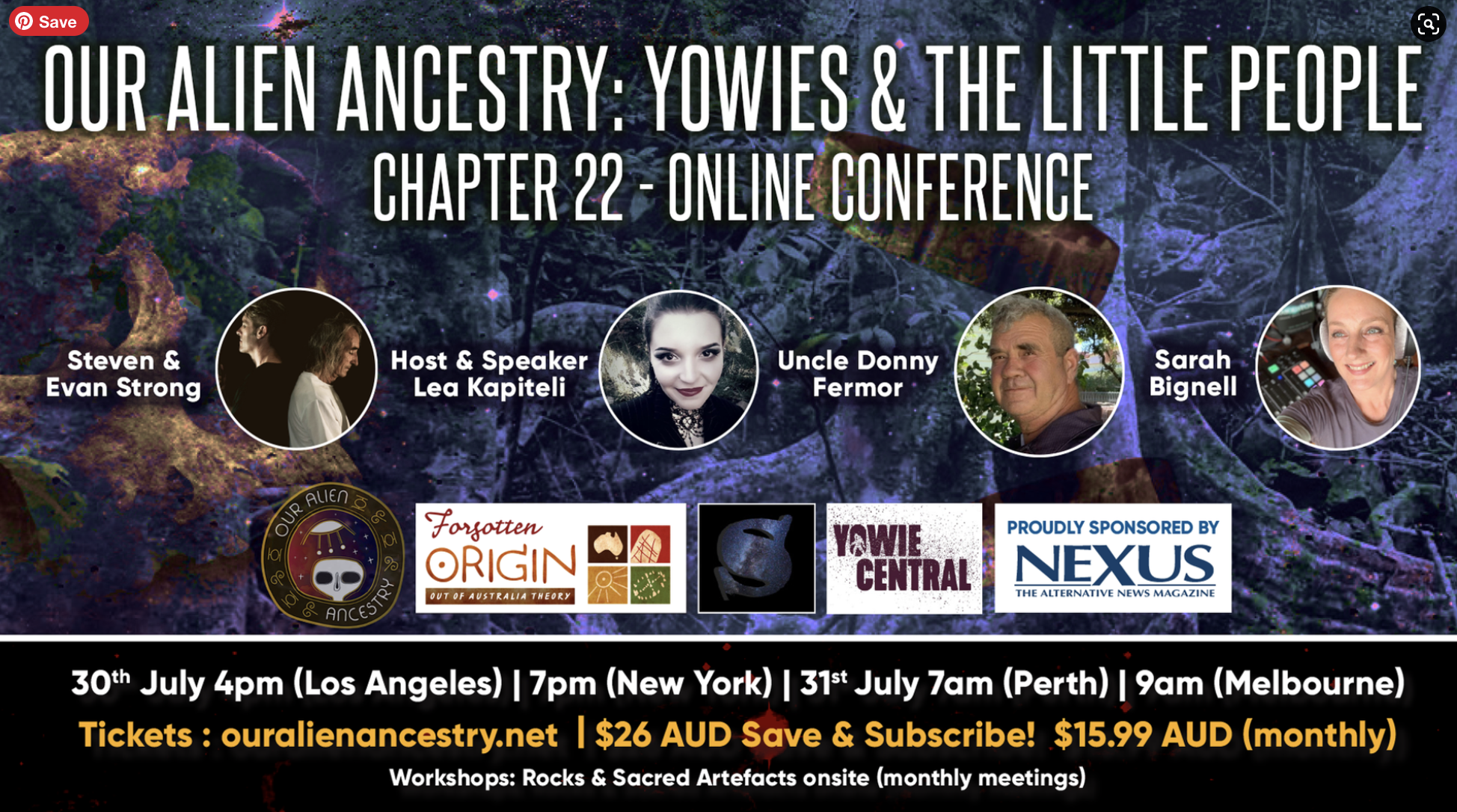 To an extent, the content and speakers in this presentation run in opposition to our intention to focus on one theme. This time around we are examining two Original issues which are not in the least related, but as both came onto the scene over the last month and demand immediate attention, we have no choice.

We have invited both Uncle Donny and Sarah to share with us their knowledge, experience and contact with the notorious and often ridiculed being referred to as a Yowie. We have occasionally mentioned this reputedly huge and powerful being in passing but have been deliberately brief. Not anymore, simply because both Evan and I are 99.999999% sure there was a Yowie on our property calling out to us about two weeks ago. When speaking to Uncle Donny it became very clear he had a lot of good advice and knowledge about these residents, and it all needed to be heard and acknowledged. We already had been in contact with Sarah, and once again she had a lot to add but it was coming from a different perspective, and in combination both accounts are complimentary and convincing from our perspective after our night session with our local Yowie.

At the same time this all took place we were also printing out and beginning to read over 1,000 pages of papers and a book written by Frederic Slater. And the further we read the more amazed and impressed we became. Not only is the content unique and style of writing sophisticated and so empathetic, but his central claim was so sensational, and if true, would rewrite all human pre-history and evolutionary theories. He claims to have discovered the “key” that will enable the correct interpretation of all stone age art/picturegrams found not just in Australia, but throughout the world. In his deciphering of Original engravings, he found that “on the rocks, as though on the leaves of a book, primordial man wrote the story of the Creation and Destiny of Man.”

Throw in the repeated observation that beings “came to Earth” from distant constellations, that “man in the beginning of time had a higher sense of duty to man and the development of life … than can be found in the cultured nations of 2,000 years ago or nations of today,” and so many other claims that run counter to everything we assumed about our history and ancestry, we had no choice to include this recent development in this conference.

Of course, we will continue our conversations through Lea with her Alien contact/advisor Mezereth. Some of the questions asked this time will also be based on Slater’s observations and rock readings, others will focus on other aspects as to why they came, their intentions and expectations and our erratic paths taken while incarnate on this planet.