You are here: Home / AI Artificial Intelligence / Read the book that was secretly Time Travelled by CIA from 2005 back to 1971 to found a new science: “Exopolitics: Politics, Government, and Law In the Universe” 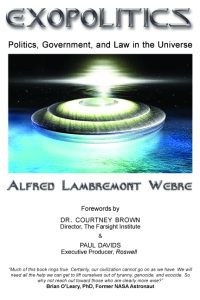