You are here: Home / Archives for Mossad 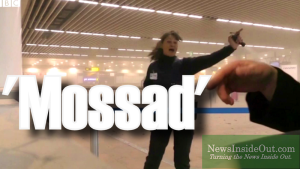 By Jon Kelly NewsInsideOut.com Vancouver, BC – Exclusive new video published to YouTube on March 24, 2016, purports to reveal how Mossad was named by a second witness to Tuesday’s explosions at Brussels’ Zaventem airport. Mossad, the Israeli Secret Intelligence Service or ISIS (according to a CBS News national correspondent), is said by alternative news […]