Vancouver, BC – Exclusive new video from Canadian skywatcher Charles Lamoureux reveals the flight of an orange orb over the Yaletown district of Vancouver, British Columbia, Canada, said to have taken place on the night of June 3, 2016. The object remained invisible to one far infrared thermal imager but registered in near infrared using a color night vision camera mounted in a custom multi-instrumental optical data-collecting array. The absence of any detectable thermal signature reportedly disqualifies known causes including balloons and waterfowl in a case where acceleration/deceleration and 180-degree course-changing behavior are abundantly evident. 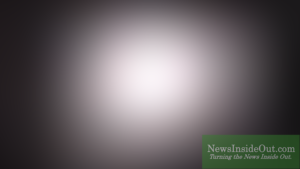 Registration of a bird in flight using thermal imager.

The videographer explained in his YouTube channel that what he witnessed through the color camera’s monitor was undetectable to human vision. “Not only were they invisible to the naked eye, I could not get a thermal signature, cold or hot. I clearly see a bird way out beyond the orbs so this indicates the orange orb anomaly is a light or simple plasma phenomenon.”

“I don’t think it’s anything mundane,” the amateur astronomer explained. “I know I would have seen a white object like the small sparrow-like bird which appeared much further away in thermal night vision.” 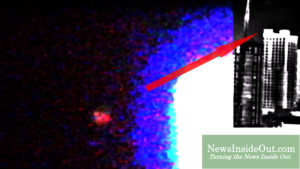 Amidst omnidirectional light beaming from potentially hundreds of city sources including high-rise windows, bright reflective surfaces on buildings and street lights below the orange orb in the video retains color stability throughout the period of observation. The simplest explanation for such an effect involves a subject that is self-luminous emitting its own light into the environment.

That the video could be a hoax suggests tracking moving reflective subjects with powerful spotlights equipped with orange gels stationed on adjoining balconies and the street below. This irrational hypothesis imagines a crew of co-conspirators in an industrial-scale operation where the budget for camera equipment for this shot totals under $2,000.00.

Charles Lamoureux uses the Luna Optics LN-DM50-HRSD color night vision camera with starlight sensitivity of 0.03 Lux. Luna Optics has emerged as a leading vendor in budget color night vision for entry-level users. Based upon user reports over several years it seems that serious skywatchers will want to consider purchasing two units of this model in order to have a redundant backup (in case of device failure while in-use).

While such a strategy eliminates the budget aura surrounding this product for a few dollars more it is said that the highly-rated and reliable Pulsar Recon X870 monocular is still available through major retailers in North America. Pulsar X-series devices are built to industrial workplace standards and have been responsible for significant Pacific Northwest UFO documentation over the past five years under intensive (more than 100 hours per season) field use.