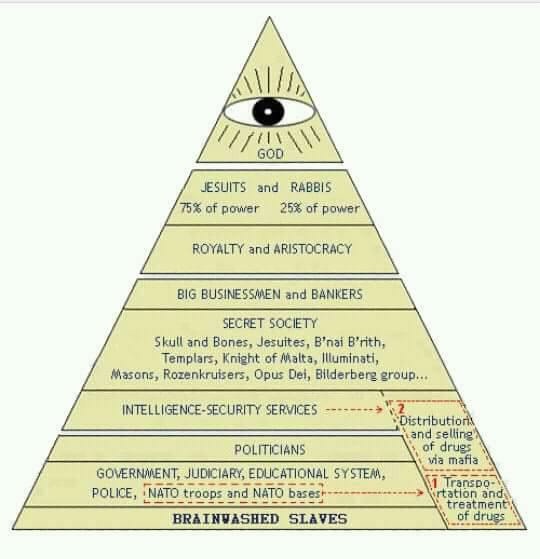 Special focus on the False Flag industry in the United States

Or what about Donald J. Trump’s “wildly inaccurate” attribution of Islamic celebrators in New York City instead of the well-documented “dancing Israelis” on 9/11, the mother of all recent False Flag industry operations that provided the political and psychological pretext for the War on Terror that has left 1 million U.S. armed forces personnel on permanent disability from the effects of DU depleted uranium ammunition and weapons!

The worldwide commercial false flag industry is directed by Israel.  Donald J. Trump’s recent approval of the polarizing move of the US Embassy to Jerusalem and Trump’s iconic embodiment with Israel on its half-Shekel coin is more evidence encircling Donald J. Trump as a Center-Piece of the “Greater Israel’s” world-wide false flag operations, [AKA “Mystery Babylon” – Editor].

Are the United States government, Donald Trump, and Israel participating in these false flags, or spinning them in public media in a way to support the covert pyramid of occult power AKA Mystery Babylon?

PART I  WATCH ON TrueTube Exclusive: PART I – Ole Dammegard: “The Soul-Less Signs of Death” – Breakthrough on exposing the commercial false flag operation industry
Watch on TrueTube by NewsInsideOut.com: https://odysee.com/@TrueTube:9d/ISRAELFALSEFLAG:3
IN PART I OF A 3-PART breakthrough, deeply-documented presentation Premiere on TrueTube “The Soul-Less Signs of Death”, award-winning Swedish investigator and author Ole Dammegard exposes the global commercial false flag operation “dual reality” industry, in a wide-ranging expose of false flag operations world-wide, including in Part II a Special focus the False Flag industry in the United States.  Ole Dammegard’s analysis isolates the role of Free Masonic ceremonies and Free Masonic symbols symbols such as “Shoes” and brand identification product placement names such as “Nike Shoes” & “Toyota” motor vehicles that are central product placement to False Flags, illustrating the Free Masonic and New World Order orientation and mission of the designers, funders, and prime movers behind the False Flag operation “dual reality”.  You will never see 9/11; Sandy Hook; the 3/22 UK Westminster Parliament and Las Vegas False Flag operations again in the same light after viewing this TrueTube presentation.
MYSTERY BABYLON, JESUITS, GREATER ISRAEL & TRUMP- Personal postcript from the reporter Alfred Lambremont Webre on Jesuits, Trump, Israeil & Mystery Babyon
The following post has now resulted in Alfred Lambremont Webre’s as of 9:09 am on 7.12.2018 being “TEMPORARILY RESTRICTED TO POSTING & COMMENTING ON GROUPS THAT HE ADMINISTERS OR MODERATES.” THEREFORE THE POST MUST CONTAIN TRUTH!
Visit TrueTube on Facebook for latest updates.
https://www.facebook.com/TrueTubeNews
===========
Today’s Post on my Yale Law School Alumni eList [Judge Kavanagh, President Trump’s nominee to the US Supreme Court is a Yale Law grad]
Hi! I did not say “Trump is a Jesuit”.
I wrote that for those who may want to “opine upon the deeper politics of the Trump-Kavanagh appointment, here is the Alice in Wonderland rabbit hole to Mystery Babylon IMHO”.
My turn of phrase was a reference to a substantial body of research that lies outside the scope of this listserve IMHO and is summarized in the following illustration. 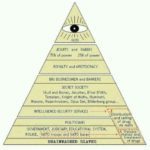 DAILY CALLER ARTICLE ON KAVANAGH
Churches and pews are appropriate metaphors!
See article below. It looks like we are having a Jesuit government between Trump who went to Fordham – a Jesuit University – and now Kavanaugh who volunteers in a Jesuit-like soup kitchen….and went to a Jesuit high school
Oh did I tell you my uncle Richard Chadbourne Chisholm, SJ was the Deputy Black Pope, second in command of the Jesuits, the military-intelligence wing of the Roman Catholic Church?
DAILY CALLER ARTICLE ON KAVANAGH
See! Jesuits aren’t all that bad! ?
What Kavanaugh Was Secretly Caught Doing Hours After Trump’s Nomination Will Silence The Critics | The Daily Caller
“According to his D.C. Circuit biography, the judge is a volunteer with the St. Maria’s Meals program, which serves hot dinners to the capital’s poor. During his acceptance remarks on Monday night, the judge mentioned that his Jesuit high school education taught him to be “a man for others.”
“Judge Brett Kavanaugh is serving meals to the homeless. (TheDCNF)
“A fellow volunteer confirmed that the judge signed up for the event some time ago and chose to keep the date, developments in his professional life notwithstanding.
Reference
http://dailycaller.com/2018/07/11/kavanaugh-feeds-homeless/
END OF DAILY CALLER ARTICLE
Now for you brave souls on YLS67 who want to opine upon the deeper politics of the Trump-Kavanagh appointment, here is the Alice in Wonderland rabbit hole to Mystery Babylon IMHO:
Donald Trump Is a Jesuit For The Roman Catholic Extreme | Melinda H | LinkedIn
https://www.linkedin.com/pulse/donald-trump-jesuit-roman-catholic-extreme-melinda-h
Cheers!
Alfred
Vancouver, British Columbia
Canada
Georgetown Preparatory School, class of 1960
a Jesuit secondary school
References
Support the work of Ole Dammegard
Light on Conspiracies
http://www.lightonconspiracies.com
Contact Ole Dammegard
info@lightonconspiracies.com
Recommended Reading
TRAILER- Ole “Dammegardes” the Elite! Are False Flags a reality version of the HUNGER GAMES?
https://newsinsideout.com/2018/07/truetube-parts-ii-iii-ole-dammegard-exposes-4-more-layers-of-the-global-false-flag-industry-usa-trump-greater-israel-mystery-babylon/
WATCH ON TRUETUBE ODYSEE:https://odysee.com/@TrueTube:9/HUNGER-GAMES-:c
TrueTube PART I – Ole Dammegard – The Soul-Less Signs of Death – Breakthrough on exposing the commercial false flag operation
https://newsinsideout.com/2018/07/truetube-parts-ii-iii-ole-dammegard-exposes-4-more-layers-of-the-global-false-flag-industry-usa-trump-greater-israel-mystery-babylon/
WATCH ON TRUETUBE ODYSEE: https://odysee.com/@TrueTube:9/TheSoulLessSignsofDeath:a
WEBINAR PART I_ Ole Dammegardes the Elite! Are False Flags like Las Vegas a reality version of the HUNGER GAMES_
https://newsinsideout.com/2018/07/truetube-parts-ii-iii-ole-dammegard-exposes-4-more-layers-of-the-global-false-flag-industry-usa-trump-greater-israel-mystery-babylon/
WATCH ON TRUETUBE ODYSEE: https://odysee.com/@TrueTube:9/HUNGER-GAMES-:c
TrueTube – PART II Ole Dammegard_ Is Donald J. Trump a conscious participant in the False Flag operations industry
https://newsinsideout.com/2018/07/truetube-parts-ii-iii-ole-dammegard-exposes-4-more-layers-of-the-global-false-flag-industry-usa-trump-greater-israel-mystery-babylon/
WATCH ON TRUETUBE ODYSEE: https://odysee.com/@TrueTube:9d/FalseFlagoperations:c
TrueTube Exclusive – Part III Ole Dammegard_ Israel is the source of the False Flag operation industry
https://newsinsideout.com/2018/07/truetube-parts-ii-iii-ole-dammegard-exposes-4-more-layers-of-the-global-false-flag-industry-usa-trump-greater-israel-mystery-babylon/
WATCH ON TRUETUBE ODYSEE: https://odysee.com/@TrueTube:9d/ISRAELFALSEFLAG:3

Copyright 2018-19 Alfred Lambremont Webre All rights reserved. Please include a courtesy link back to this original with any sharing of this article. Thank you.