You are here: Home / Archives for Aylan Kurdi 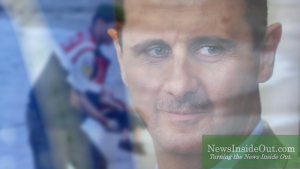 By Jon Kelly NewsInsideOut.com Vancouver, BC – Exclusive new video published to YouTube on September 16, 2015, purports to reveal how Syrian President Bashar al-Assad recently recalled negotiations and an offer not unlike one reported issued by the U.S. government to the Taliban during talks concerning Syrian refugees. The death of Aylan Kurdi, like the […]